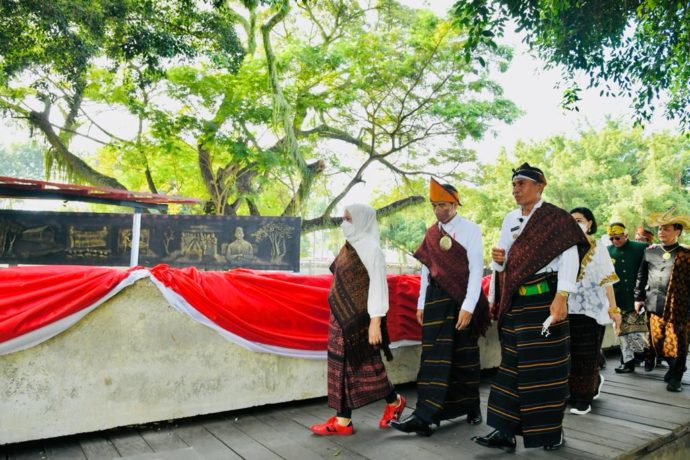 For the record, Bung Karno’s period of exile in Ende lasted from January 14, 1934 to October 18, 1938. During his exile period, Bung Karno spent much of his time contemplating under a five-branched breadfruit tree in the park.

According to Bung Karno’s statement in his autobiography, the park was the place where Bung Karno got his inspiration about the state ideology of Pancasila.

“When Bung Karno returned to Ende after being exiled in Bengkulu, he came back to Ende as a President of the Republic of Indonesia and in front of thousands of Ende residents at that time he said that ‘In this city I found five precious thingsand under the breadfruit tree I contemplated the noble values ​​of Pancasila,” Noncent W. Noi, who accompanied the President during the visit, explained.

Regent of Ende for the 1973-1983 period, Herman Joseph Gadi Djou, asked Bung Karno’s friends who were still alive at that time to replant the breadfruit tree. The replanting event took place on August 17, 1980 and the new breadfruit tree has grown.

“Mr. President, this breadfruit tree now has five branches. For Ende people, it proves that Ende is the womb of Pancasila,” he remarked. (BPMI of Presidential Secretariat/UN) (RI/MMB)