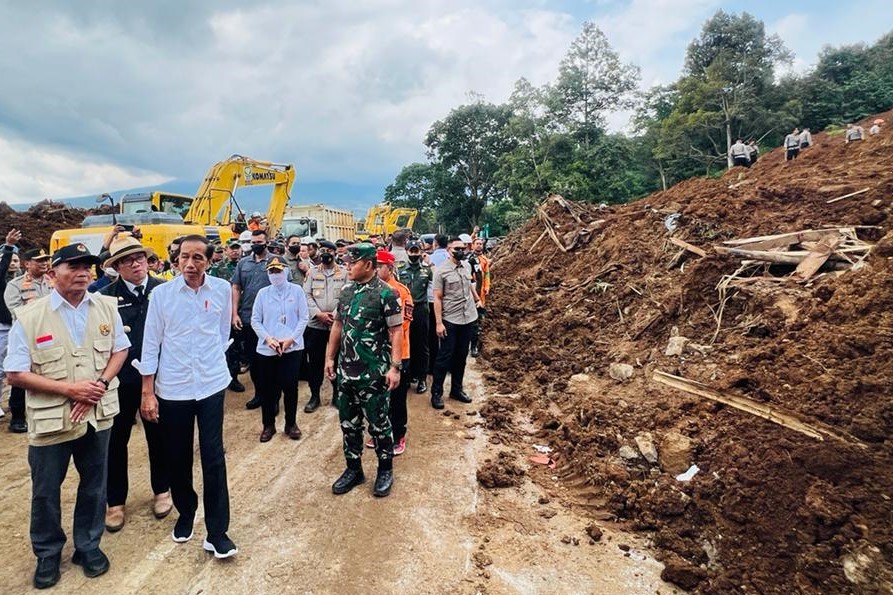 On the occasion, the President visited evacuation tents located in Prawatasari Park and greeted the affected residents. He also distributed ready-to-eat meals to children in the location.

“Do you like chicken? This is the chicken. Please, eat while it’s still hot,” he stated.

In addition, the President also distributed staple food assistance to the affected residents. He also conveyed that more assistances will be provided for them whose houses were damaged due to the earthquake.

“Later on, we will provide Rp50 million for those with heavy-damaged houses, Rp25 million for moderate ones, and Rp10 million for light ones. After the earthquake has calmed down, the construction of the houses will proceed,” he said.

One of the residents affected by the earthquake, Yuli, expressed appreciation for the presence of the President at the location. Yuli also thanked the President for the assistance.

“Thank you to our President, Jokowi, who has helped us in our grieving situation. Hopefully, God will repay what has been given by our President. Amen. Thank you very much,” said Yuli.

In the same vein, another affected resident, Yanti, voiced her gratefulness for his visit and the assistance. “The staple food assistances are distributed to all. Hopefully, they will help. Thank you for taking the time to visit in your busy time. Thank you,” said Yanti. (BPMI of Presidential Secretariat/AIT) (FI/HD/LW)