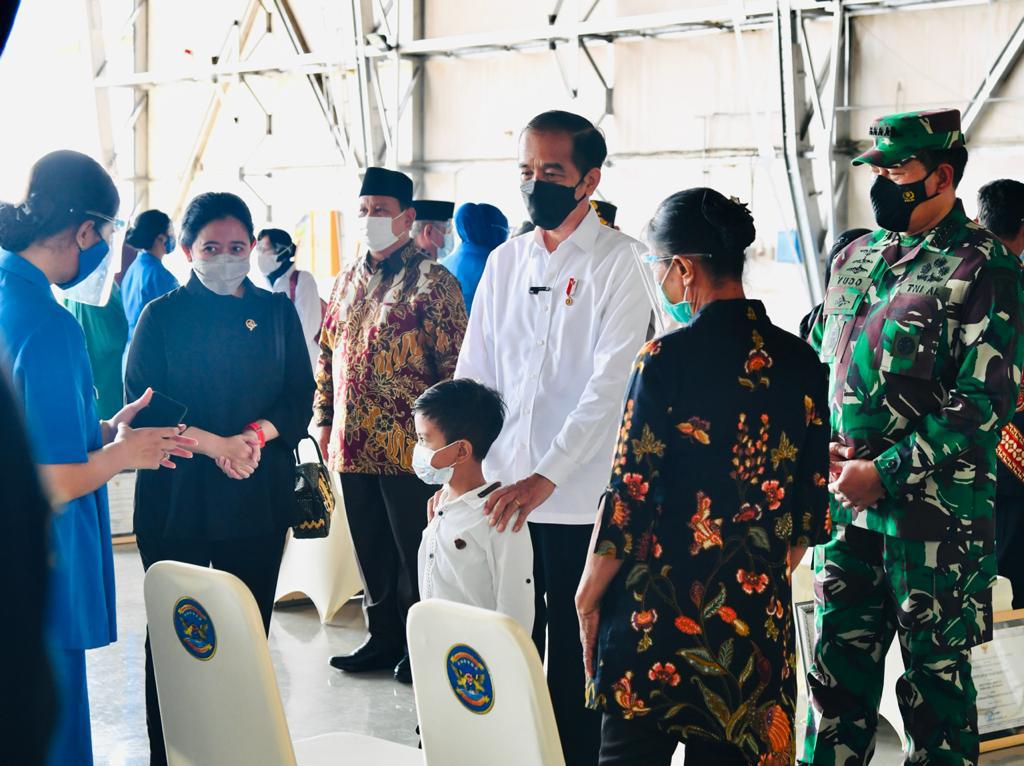 On that occasion, the President also expressed deep condolences for the passing of the nation’s patriots in his opening remarks.

“First of all, on behalf of the nation, the Government, the people, I would like to offer my sincere condolences for the passing of KRI Nanggala 402 patriots. May God accept them by His side, give them the best place by His side, and forgive them of their wrongdoings,” he said.

The Head of State added that the Government will award them posthumous promotion to the next higher rank for their sacrifices for the country.

“Yesterday, we also stated that (the education of) your children will be arranged by the state, so they can study until they reach higher education,” he said, adding that the Government will also provide houses for the family of the late sailors.

“We will build a house in a place of your choosing as well. It is up to you. It can be in Gresik regency, Sidoarjo regency, or other places,” he remarked.