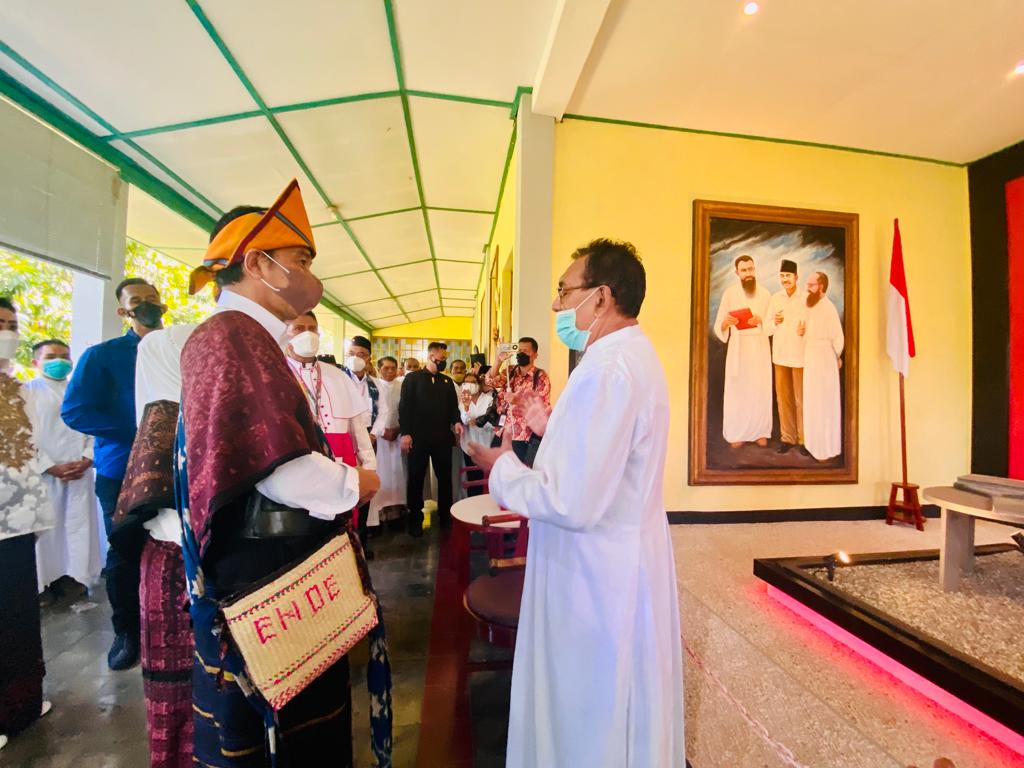 As written in the inscription at the Veranda, the young figure of the Indonesian independence fighter Soekarno, calledBung Karno, during his exile in Ende from January 14, 1934 until October 18, 1938, had been spending his time to readvarious books and magazines.

In addition, Bung Karno also discussed on plans and schedules for his drama as well as exchanged ideas and talked intimately with monks, especially two missionaries from the Netherlands, Father Geradus Huijtink and Father Joannes Bouma. Both of them were known to have sympathy for Bung Karno’s ideas and struggle.

According to Archbishop of the Archdiocese of Ende Vincentius Sensi Potokota, Bung Karno had close friendship with both missionaries as depicted in a painting at the location. Vincetius then said that in order to give respect to Bung Karno as the founding father of Indonesia, the two missionaries called him “Mr. President.”

For the record, Serambi Soekarno (Soekarno’s Veranda) was inaugurated on January 14, 2019, coinciding with the commemoration of 85 years of Bung Karno’s first visit to Ende when he was exiled by the Colonial Government. This Veranda is also a monument which will make  Indonesian people remember that the ideas of Pancasila principles were born during Bung Karno’s exile in this very place. (BPMI of Presidential Secretariat/UN) (AP/HD)