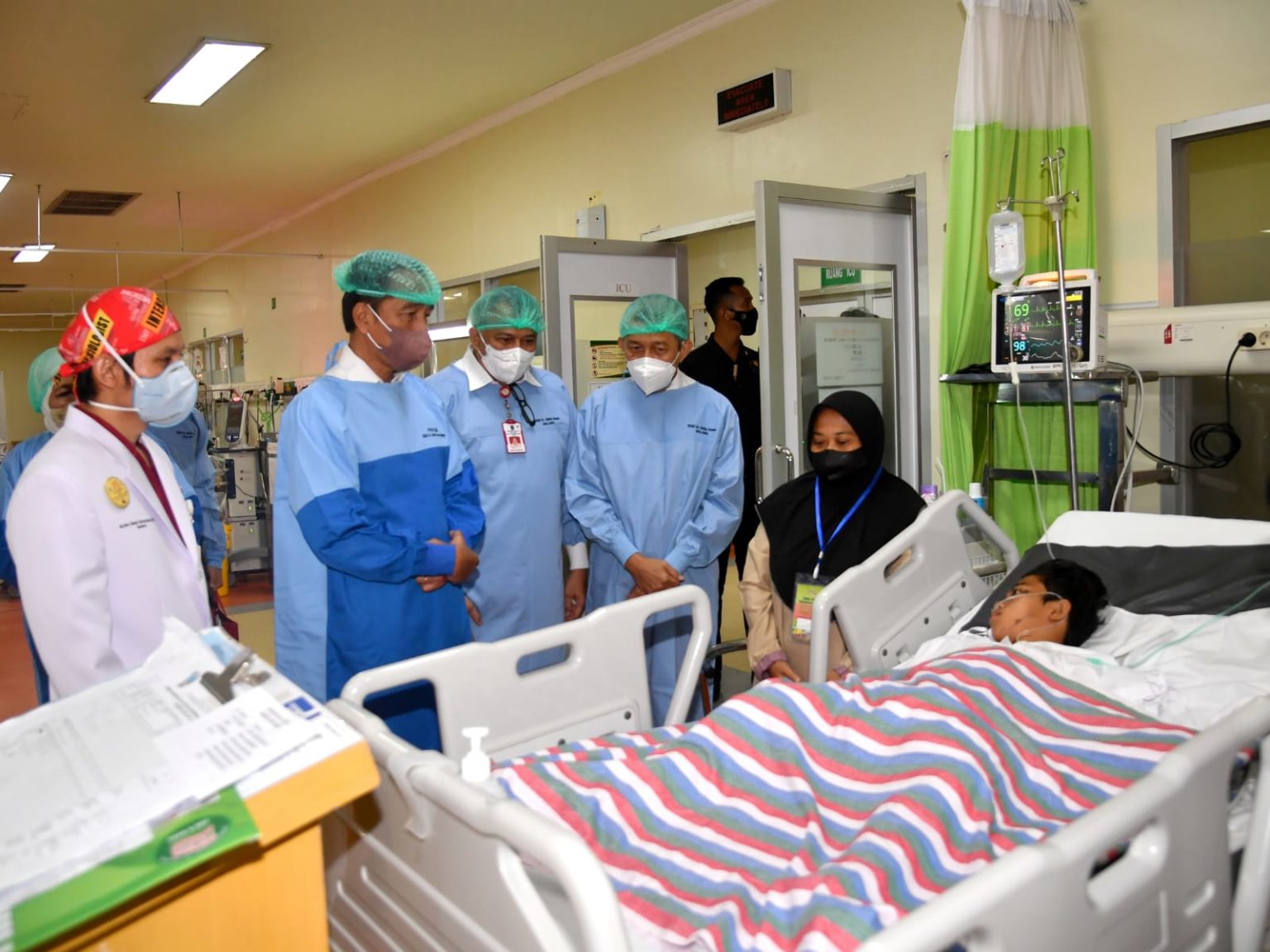 The President explained that his visit was to ensure the survivors received the best treatment, adding that the treatment costs will be entirely covered by the Government.

“I have said to the victims that all costs for treatment are covered by the central and regional Government,” he told journalists.

On that occasion, President Jokowi also met the deceased families from the Kanjuruhan tragedy to hand in compensation worth Rp50 million each to 129 families of victims.

President Jokowi also expressed hope that the football tragedy on Saturday (10/01) will not happen again in the future. To that end, the President said he would order Ministry of Public Works and Public Housing to carry out inspections related to the infrastructure of the stadiums used in football matches.

“I will instruct Minister of PUPR to audit the total number of stadiums used for the football league, both Liga 1, League 2, and League 3. Whether the gates according to international standard and wide enough,” said the President.

The President also called on all parties to jointly improve the governance of football matches in the country, starting from field management, matches, to stadium management.

In this regard, President Jokowi said that the International Football Federation (FIFA) had also stated its readiness to assist the reforms if needed.

“I made a phone call to the president of FIFA Gianni Infantino on Monday. He said that if necessary, FIFA could help improve the governance of Indonesian football,” he remarked. (BPMI/AIT) (EST/EP)