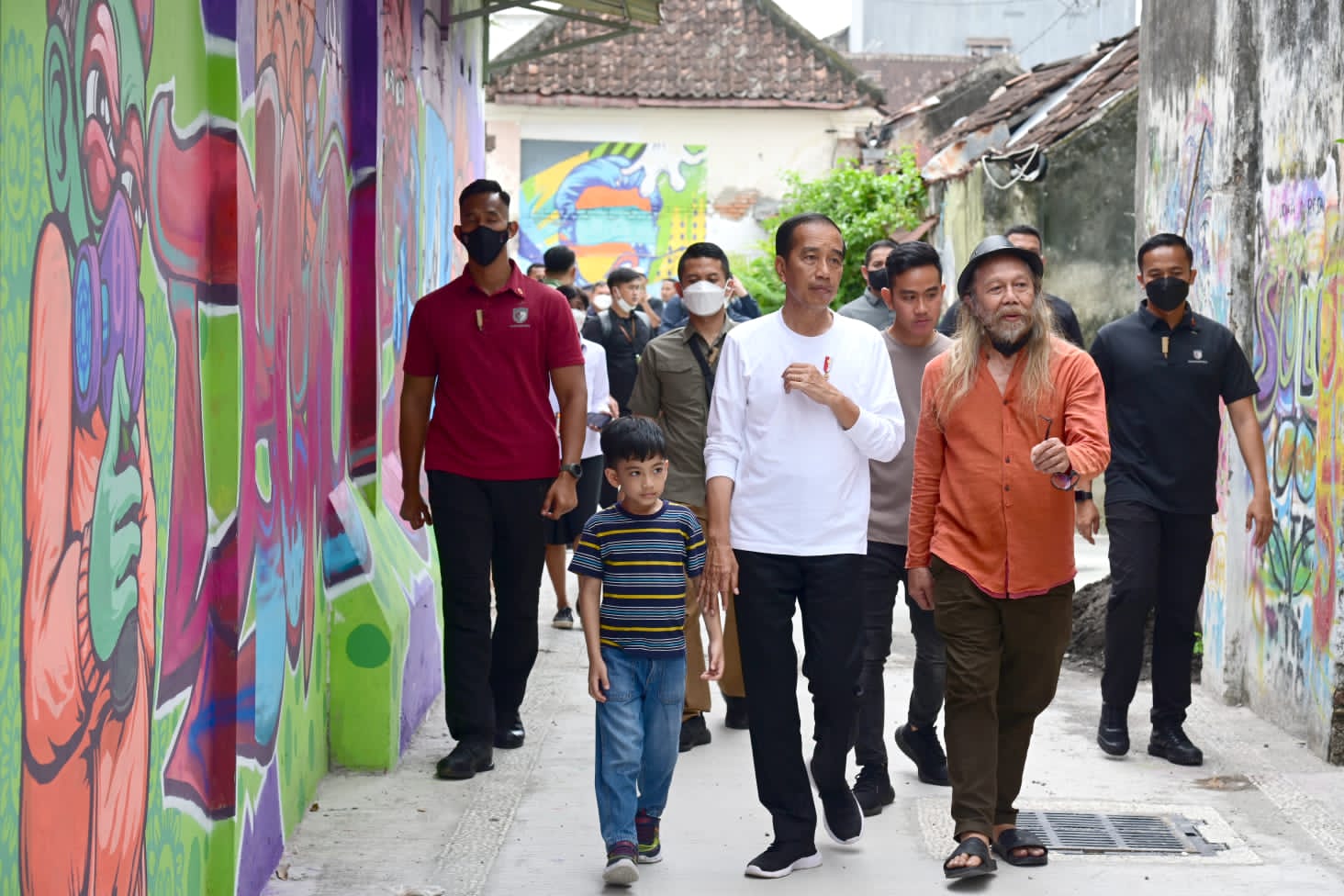 Mas Don Art Center is a creative space used to store historical archives of Indonesia’s founding figures and support art and cultural activities in the city.

According to Sardono W. Kusumo, the owner and founder of the center, President Jokowi’s visit showed his interests in the creativity of cultural actors in the city.

Sardono also stated that Mas Don Art Center was built to educate and inform the public about many things, including history of the nation and global issues through artworks.

“This way, we can make the public aware of discourses through paintings, murals, and people can understand it easily,” he said while underscoring that Mas Don Art Center is committed to participating in boosting the tourism of Surakarta city by complementing public space with beautiful visuals, such as paintings and murals. (BPMI of Presidential Secretariat/AIT) (DH/MMB)