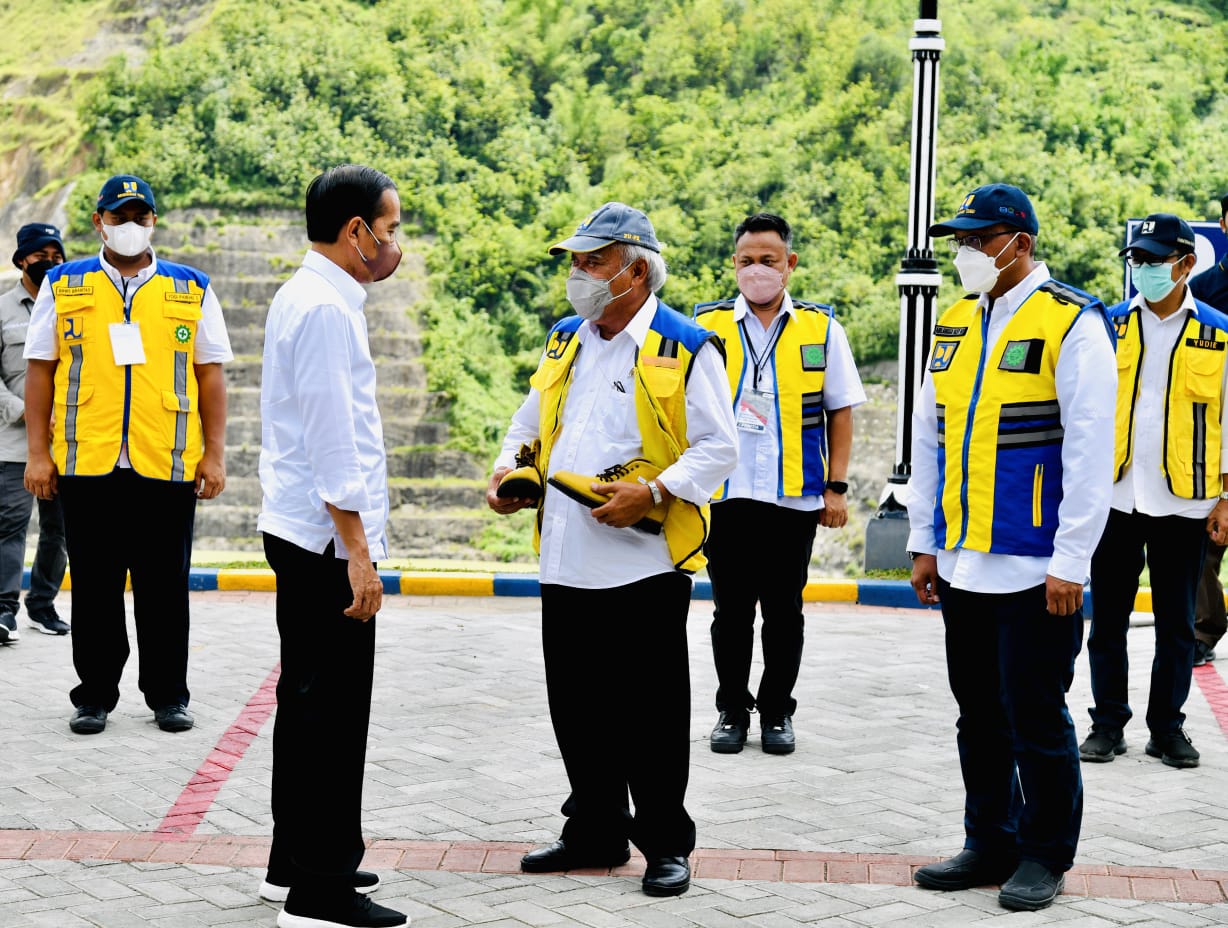 After inaugurating the dam of Tugu, Trenggalek regency, President Joko “Jokowi” Widodo Tuesday (30/11) has decided to look at the crafts produced by micro, small, and medium enterprises (MSMEs) in the regency.

Accompanied by Minister of Public Works and Public Housing Basuki Hadimuljono and Minister of State Secretary Pratikno, the President stopped by the MSMEs and found yellow leather shoes and cajoled Basuki to buy it.

“You should buy that shoes, Mr. Minister. It would look great for playing drums and going to Mandalika. We are going to ride motorcycles there,” President Jokowi said.

Responding to the President, Basuki said that he will buy the shoes and is planning to ride a yellow motorbike in Mandalika to match the shoes. President Jokowi also invited Minister of State Secretary to choose the shoes on display.