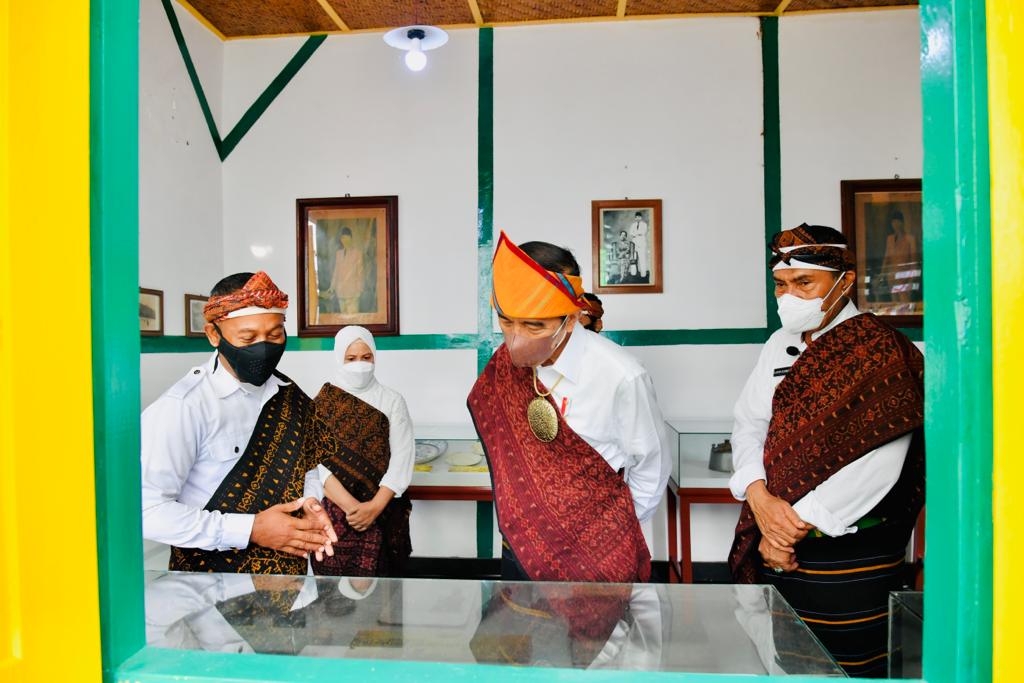 As part of his working visit in East Nusa Tenggara province, President Joko “Jokowi” Widodo Wednesday (06/01) visited the Exile House of Indonesia’s first President Soekarno in Ende regency, which is located in the province’s Flores island.

During the visit, the President got to see various items left by the former President and his family during the exile, including hand paintings and role play scripts.

A custodian of the site Syarifudin said that the exile house is well known abroad. He also expressed gratitude for the Head of State’s visit right on Pancasila Day, which falls on June 1.

“I am proud, happy, and touched,” Syarifudin added.

Meanwhile, Head of the Pancasila Ideology Development Agency (BPIP) Yudian Wahyudi said that on his exile, President Soekarno once called the place “the end of the earth” and at that time never imagined that Indonesia could gain independence.

“That is where he (President Soekarno) was able to make the most of the dire situation to become a liberating spirit. Therefore, Ende is one of the main points in President Soekarno’s journey, Pancasila, and the country’s independence,” Yudian remarked. (BPMI Presidential Secretariat/UN) (GWH/EP)