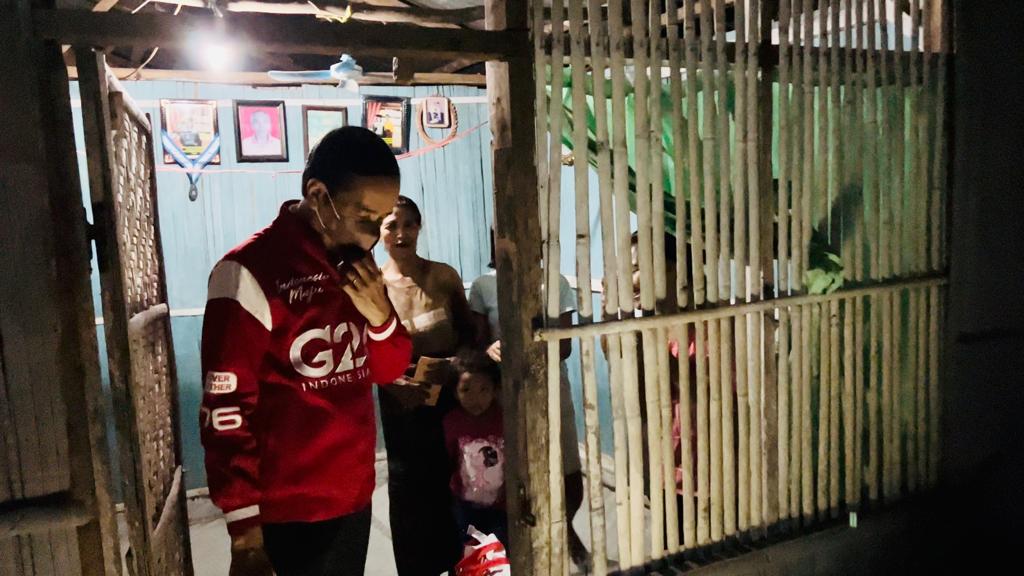 The President made a visit to several houses on the Alley at 21.00 Central Indonesian time outside of the schedule to greet the residents directly and give staple food assistance.

The people of Kaget Alley stated that they did not expect the President to visit their house. One of whom, Dorince, said that she was surprised by the President’s presence at her house.

“I was playing my phone with my little sibling. I was surprised that Bapak Jokowi came here. I stood up instantly. I hugged Bapak Jokowi who gave us this gift,” she said.

Purmayati, another resident of the alley also shared her experience of meeting the President at her house.

“Happy and touched, I never expected that Bapak President would come to our shack,” she said, adding that she joined other people of Ende regency to welcome the arrival of the President at Simpang Lima, but she did not have the chance to meet him directly.

Purmayati who works as an entrepreneur and lives with her mother and children was about to perform a prayer when the President came and gave them staple food and cash assistance.

“Bapak Jokowi gave us a gift, some money for business capital. Bapak President told my children to do well in school. That is all Bapak President said, to continue my business,” she said while expressing gratitude and prayers for the President.

“May Bapak Jokowi be blessed with a long life, health, and grace by God. That is all. Thank you very much, Bapak President,” she said.

After visiting and greeting the residents of Kaget Alley, the President returned to his place at 21.40. (BPMI of Presidential Secretariat/UN) (DH/LW)