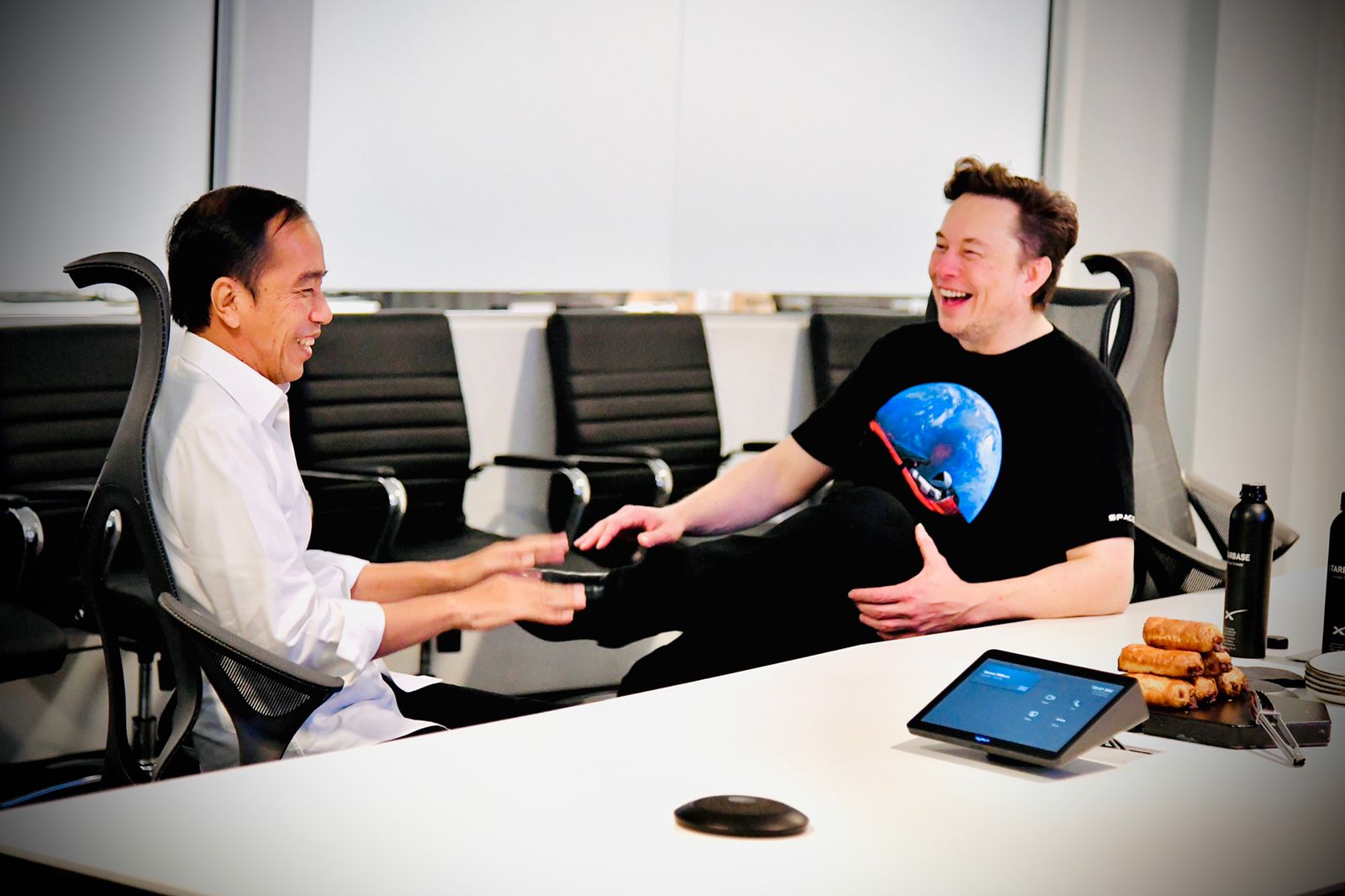 Upon his arrival at SpaceX’s Stargate Building at 10.30 local time, President Jokowi was warmly welcomed by Elon.

After the meeting, Elon gave President Jokowi and his entourage a tour of SpaceX’s manufacturing facility.

On that occasion, the President said that this working visit is a follow-up to the previous meeting between Coordinating Minister for Maritime Affairs and Investment Luhut Binsar Pandjaitan with Elon Musk discussing future cooperation on investments, innovations, and technology.

Elon revealed that he is very interested in the future of Indonesia. According to him, the country has a great potential for some collaboration with Tesla and SpaceX.

“I think Indonesia has a great potential. And I think that we are going to collaborate through Tesla and SpaceX,” he said.

Indonesia’s huge potential in many sectors, its large population and economic growth are factors that make Elon interested in establishing cooperation with the country.

Also joining the President during the working visit were Coordinating Minister for Maritime Affairs and Investment Luhut Binsar Pandjaitan, Minister of State Secretary Pratikno, and Indonesian Ambassador to the US Rosan Roeslani. (BPMI of Presidential Secretariat/UN) (AP/MMB)