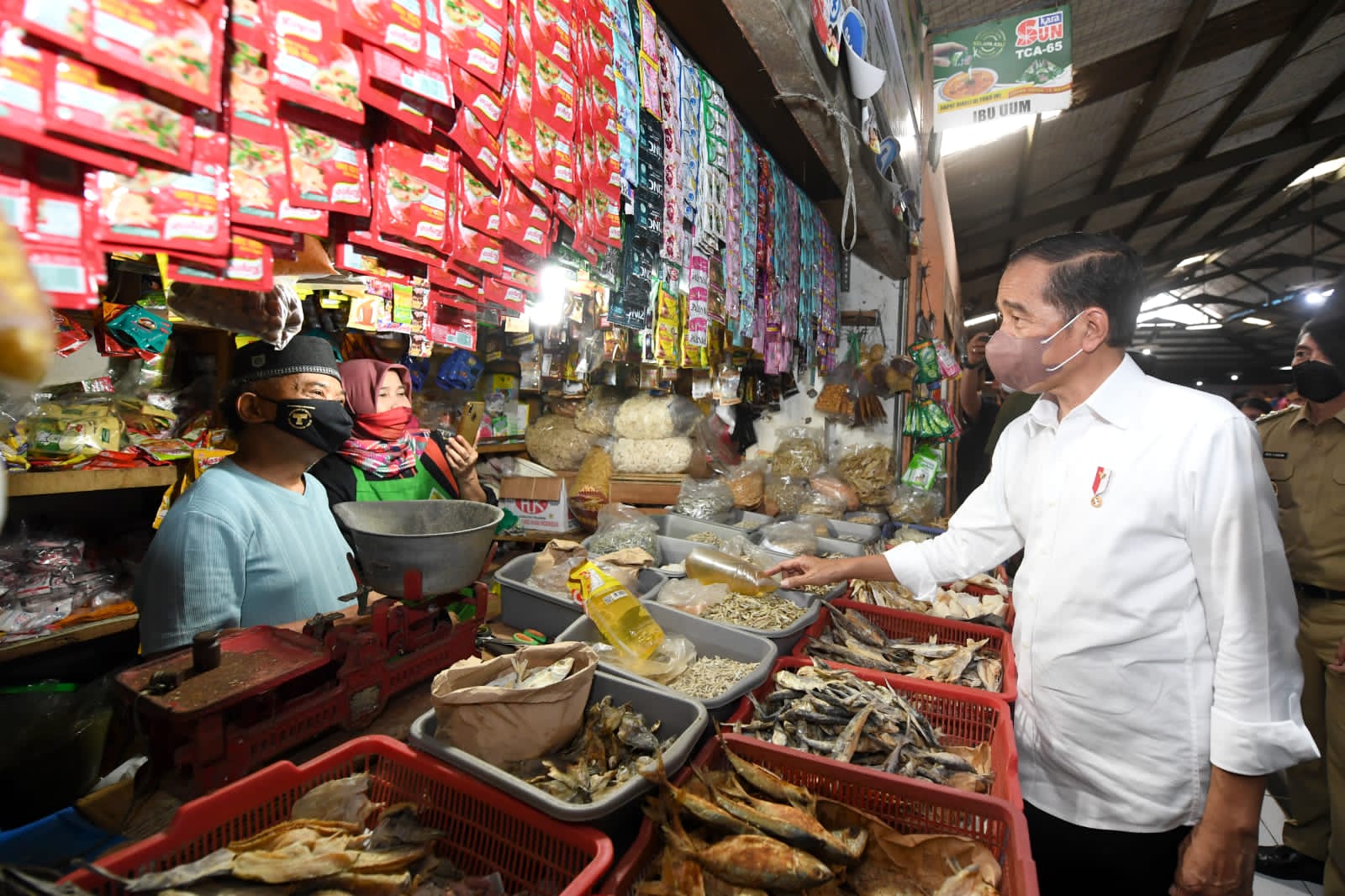 On that occasion, the President distributed social assistance for communities and traditional market traders.

Arriving at Cibinong Market, President Jokowi immediately greeted a number of beneficiaries of the Family Hope Program (PKH) and handed over Working Capital Assistance (BMK) of Rp 1.2 million per recipient.

In addition to the BMK, the President also distributed Cooking Oil Direct Cash Assistance (BLT) of Rp 300,000 [per recipient] to PKH recipients and traditional market traders.

In addition to distributing social assistance and basic necessities, the President also directly inspected the price and availability of cooking oil in the two markets.

On that occasion, the price of bulk cooking oil has been more stable although it varied among traders.

Azis Setiawan, one of the staple food traders at Cibinong Market, told President Jokowi that the bulk cooking oil he sells is priced at Rp 20,000 per kilogram.

“There is a price stability of cooking oil although the price is relatively high, namely Rp 20,000 per kilo,” he said.

In the meantime, Kosasih, a staple food trader at Gunung Batu Market, said that currently the price of bulk cooking oil has reached Rp 14,500 per kilogram, adding that he still has difficulty to find buyers. (BPMI of Presidential Secretariat/UN) (RI/MMB)