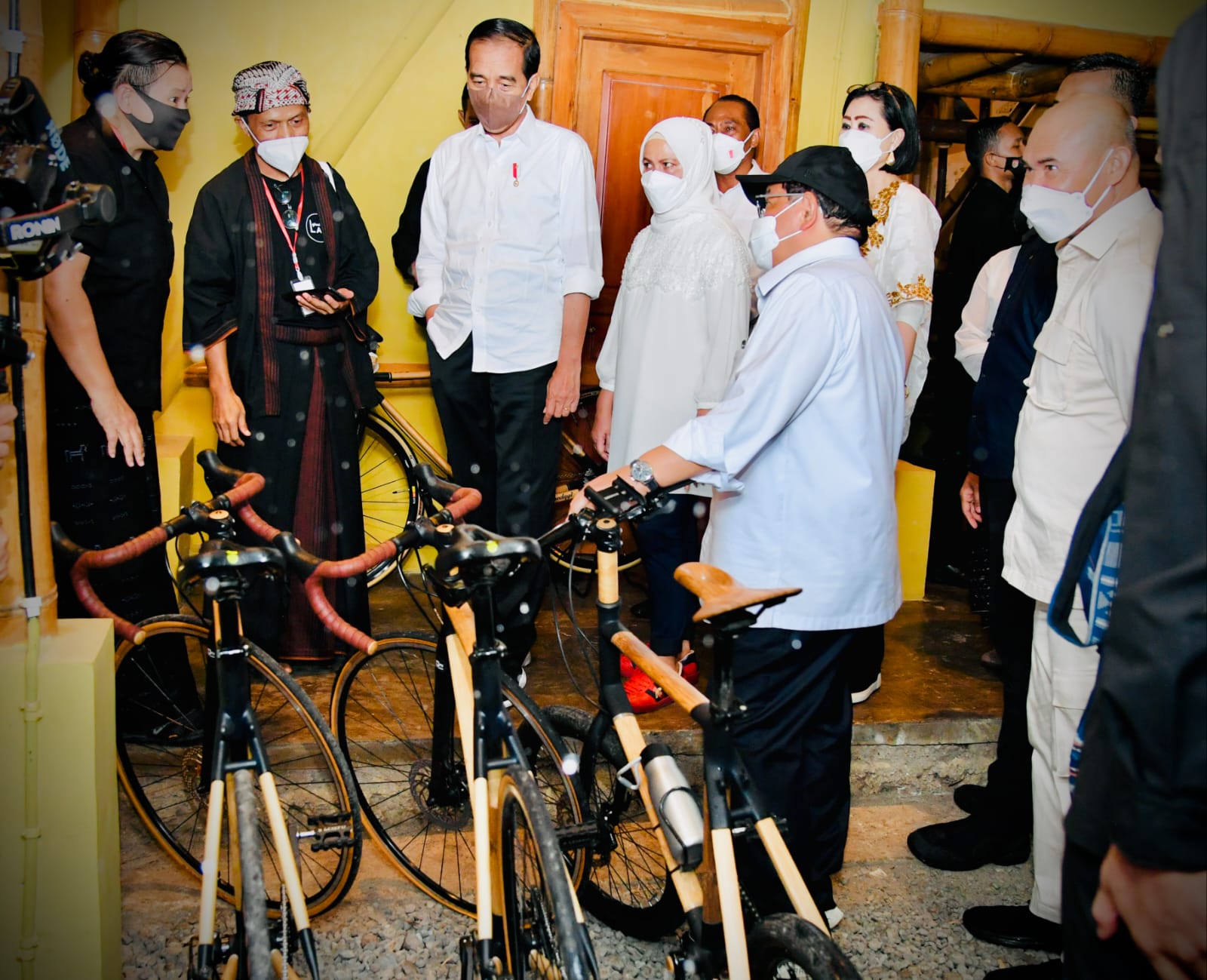 During the visit, the President and Ibu Iriana inspected a display of sustainable bamboo houses and various other bamboo products including bicycle products made of bamboo called Spedagi.

The President also held a conversation with women pioneers called Mama Bambu (Bamboo Mamas). “How many seeds can be produced in a month?” he asked. “It could be up to 8,000 seeds, Mr. President,” a Mama Bambu said.

The Bamboo Mamas are local women who studied bamboo seedlings from scratch at the Bamboo Campus. They are representatives from villages in seven regencies in Flores island, including Ngada regency.

A Mama Bambu explained that by producing 8,000 seeds, they receive an incentive of Rp2,500 per bamboo shoot.

“It is decent and we can send our children to school and use it for health and family expenses,” said one of them.

From the Campus, the President and Ibu Iriana Jokowi continued their journey to a helipad to return to Ende regency using the Indonesian Air Force Super Puma helicopter. (BPMI of Presidential Secretariat/UN) (FI/MUR)