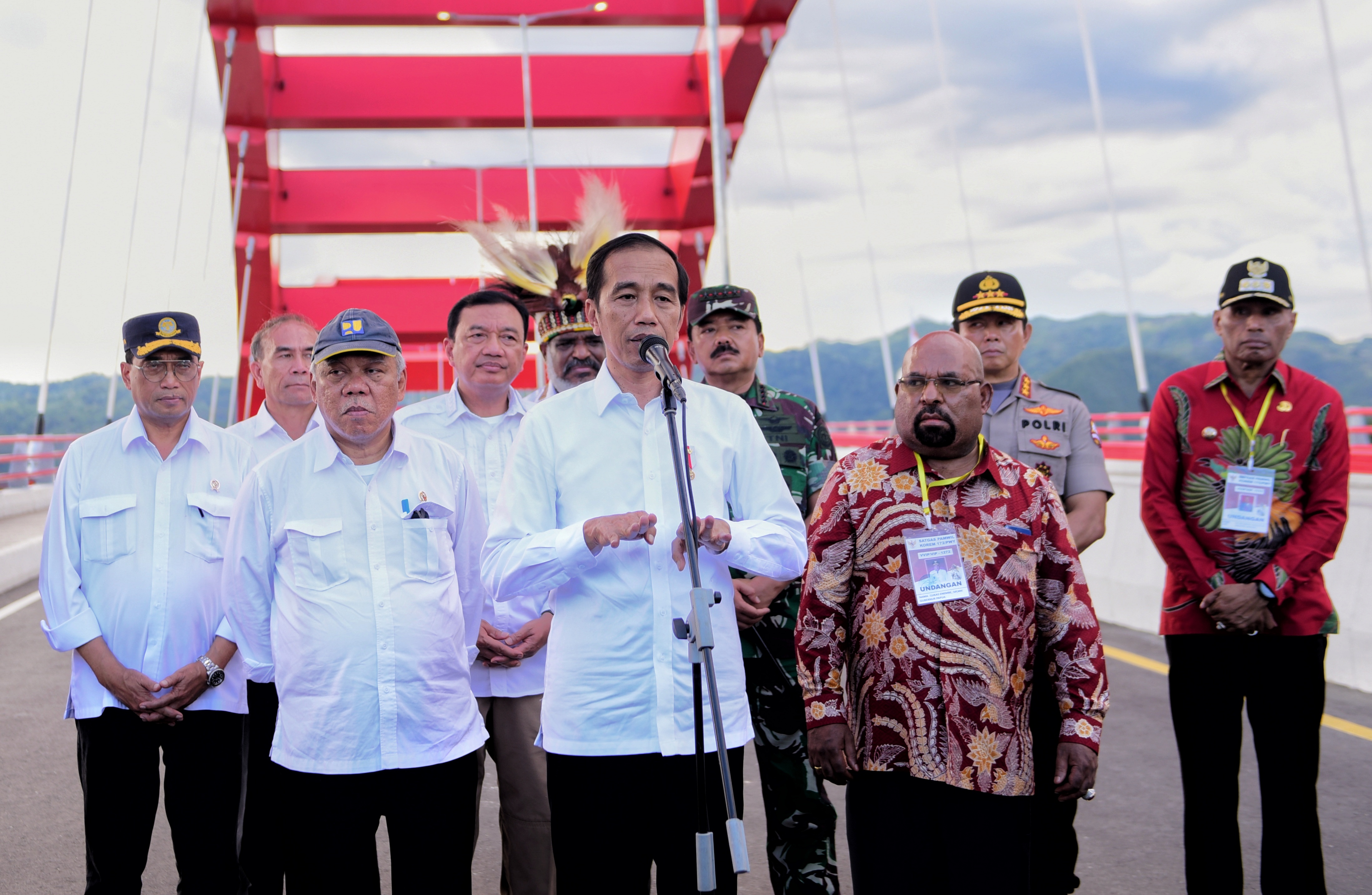 President Joko “Jokowi” Widodo has renewed his commitment to develop the provinces of Papua and West Papua by visiting the two provinces more often.

The President even vowed to visit the two Indonesian easternmost provinces two to three times a year.

“This is my 13th visit to Papua. You can relate what it means,” the President told reporters after inaugurating Youtefa Bridge in Jayapura, Papua’s provincial capital.

According to the President, Papua and West Papua provinces must advance like other provinces in the country, while likening the island of Papua to a little paradise on earth.

Regarding the region expansion’s proposal (pemekaran) of Papua province to become three to five provinces, President Jokowi said he always heeds aspirations from the public, adding that he received these aspirations when he was in the Papuan town of Wamena on Monday (28/10).

The President also pledged to follow up the aspirations.

“As you may be aware, the moratorium on pemekaran is still in place; yet, I promise to immediately follow up the aspirations,” he said.

President Jokowi further said it is duty of all Indonesian people to protect, safeguard, and advance the Land of Papua, adding that in his second term as President with Vice President KH. Ma’ruf Amin, Papua is the first place to visit after being sworn-in.

“I promise to myself that the Land of Papua will be built and will not be forgotten,” said the President. (DND/GUN/ES)