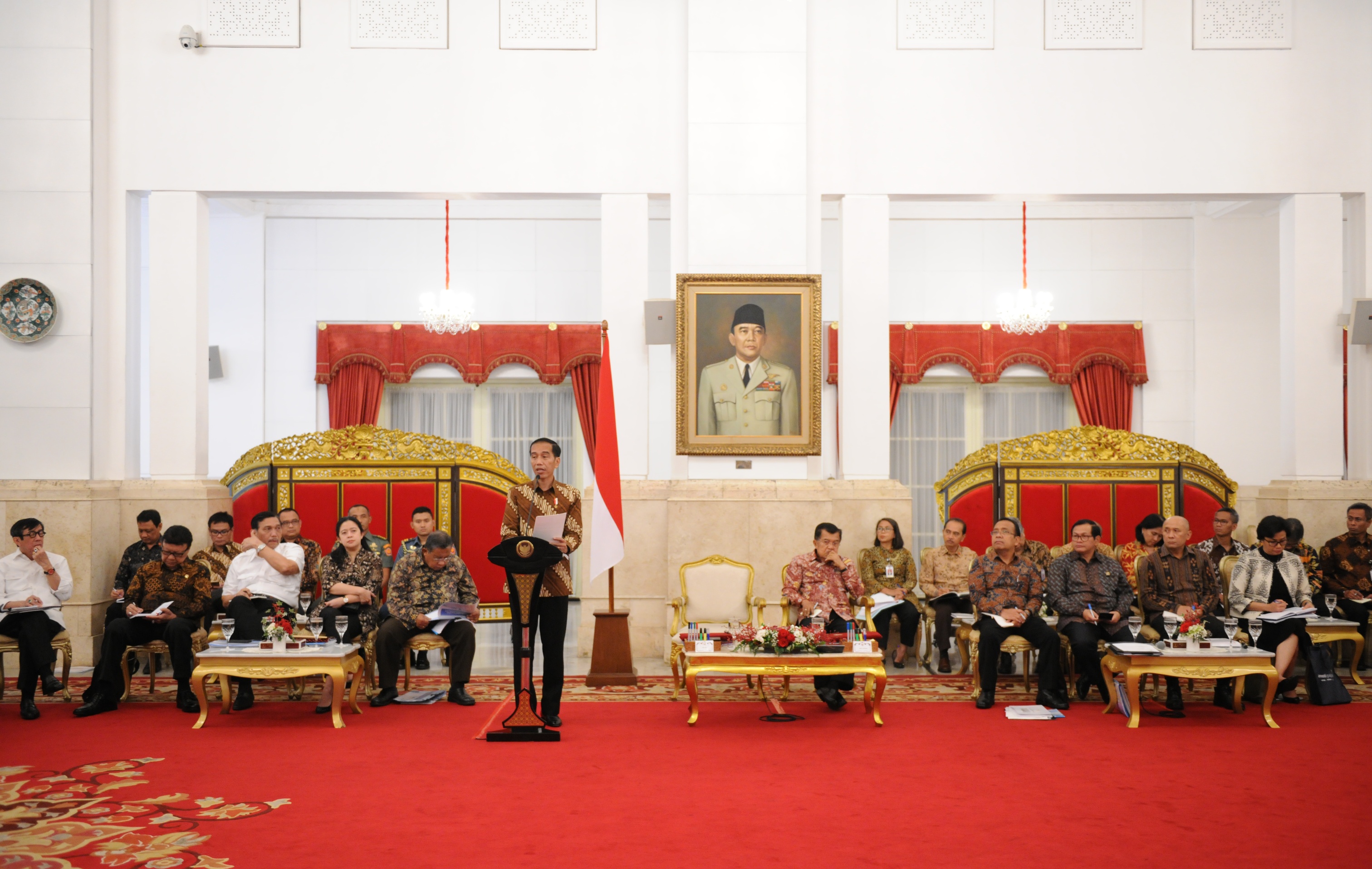 President Jokowi delivers an introductory remarks in a Plenary Cabinet Meeting on Wednesday (15/3), at the State Palace, Jakarta

President Joko Jokowi Widodo wants that the formulation of fiscal capacity and indicative ceiling of the Draft State Budget (RAPBN) must be with the spirit of optimism and done in a realistic and credible way at the same time.

In line with the improvement of the global economy, Indonesia should raise the target for economic growth in 2018 to 5.4%-6.1%, President Jokowi said in his remarks at a Plenary Cabinet Meeting on Fiscal Capacity and Indicative Ceiling of the Draft State Budget (RAPBN) and Improvement in the Ease of Doing Business (EoDB) Rankings by 2018, on Wednesday (15/3), at the State Palace, Jakarta.

For that reason, President Jokowi called on all ministries to work hard and take concrete measures, and not to do business as usual. I think I need to underline that ministries must take concrete measures, President Jokowi firmly said adding that those ministries must bear in mind that tax to Gross Domestic Product (GDP) ratio must increase to 11 percent. On that occasion, the President also asserted the importance of intensifying priority programs, so that the programs can boost productivity and improve economic growth and investment.

Regarding investment amidst the limited resource capacity, President Jokowi reminded all not to depend only on the Government investment because the investment in 2017 and 2018 is mostly sourced from the private sectors and State-Owned Enterprises (SOEs).

Therefore, the role of SOEs Capital Expenditure must be increased so it will improve economic growth, the President said.

Let me say this once again. If private sectors want to invest, let them do it. Do not use the APBN or SOEs budget, the President concluded.