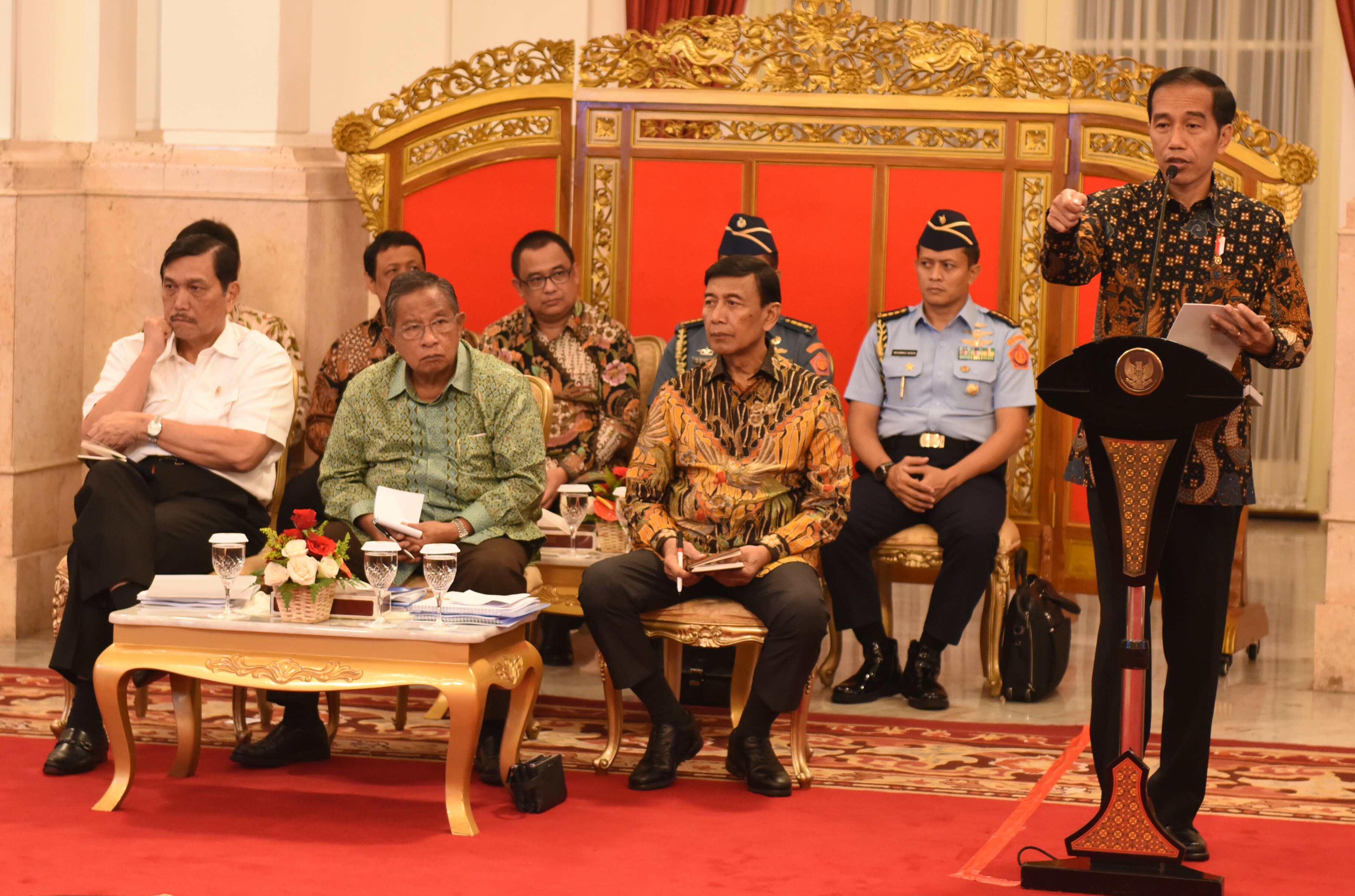 President Joko Jokowi Widodo affirmed that the Government has set a target to reach 5.6 percent economic growth by 2018. However, the President wanted this target to be able to be reached by this year. Since there are 9 months left, the President wants all ministries and institutions to carry out a massive saving.

I think there are a lot of costs that can be cut and shifted them to capital expenditure, the President asked when delivering his introductory remarks at a Plenary Cabinet Meeting, at the State Palace, Jakarta, Tuesday (4/4) morning.

The President, who was accompanied by Vice President Jusuf Kalla, added that besides expenditure, currently the two most important components for growth are to increase export as well as investment.

It is not easy to increase export because the market is lethargic, but the President reminded that there are non-traditional markets that have not been noticed for years.

Please send trade missions to see the opportunity in these countries, especially, whose population is above 60 or 80, the President said.

If this condition is not fixed, there will be no change. No courage means no change. Regulations of a director general or a minister should not be produced anymore. Its ok if they dont make things complicated; but the fact is they do, the President said.

According to President Jokowi, the volume of government expenditure, will reach more than Rp2,200 trillion. Therefore, the President asked all to use it for development targets. He emphasized to increase capital expenditure. Consequently, things that are not related with it must be reviewed carefully. I see there is excessive spending on non-capital expenditure, he said.

For the design of the 2018 expenditure, according to the President, programs related with national priority infrastructures must be finished.Once again, all programs of national priority infrastructures must be finished in 2018 so we have a strong foundation. Therefore, the competitiveness as well as economic growth could be increased, the President said.