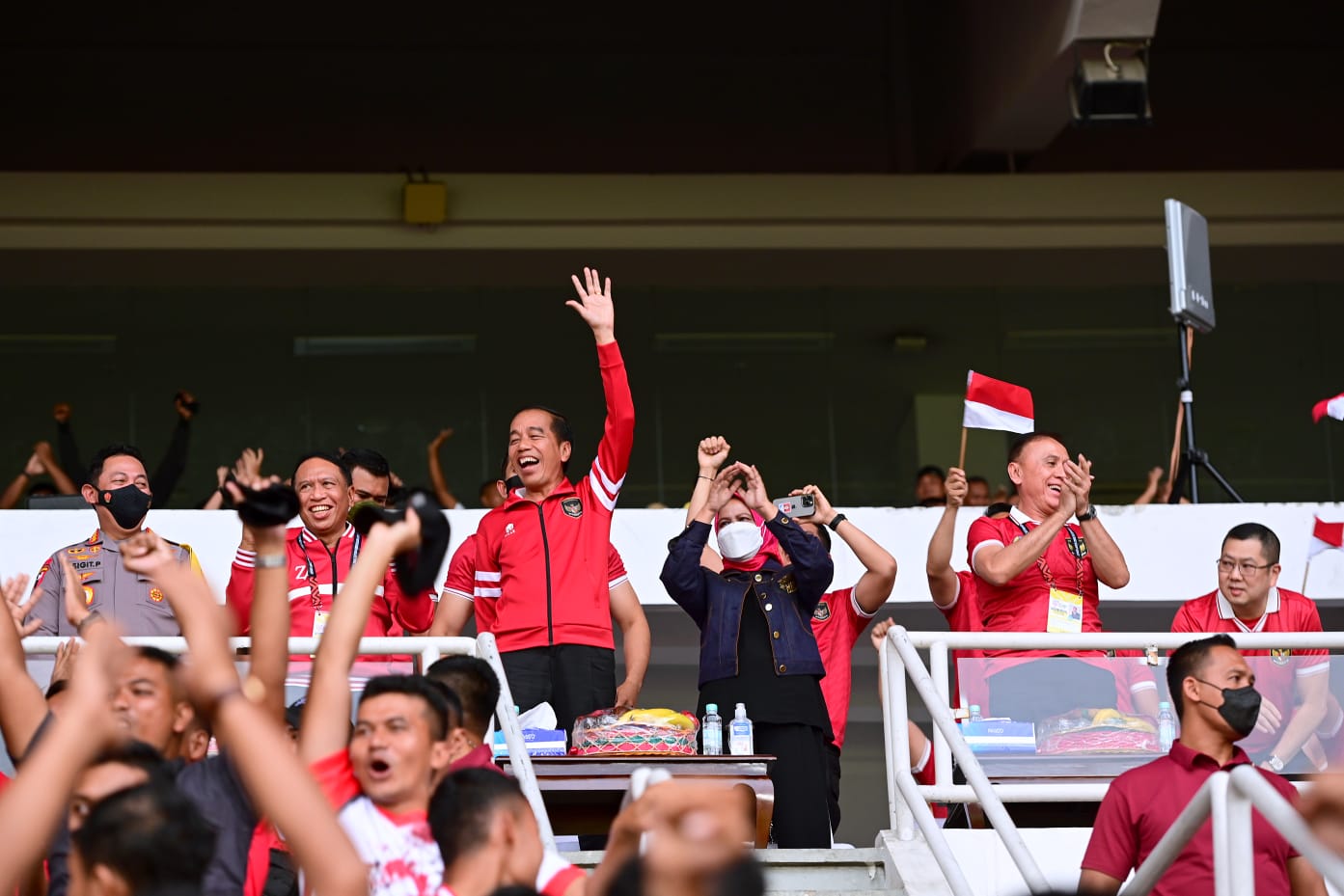 In the match, the Indonesian national team won 2-1 over Cambodia.

“Thank God, our national team won 2-1. We should be grateful. Tomorrow the team will go to Kuala Lumpur, Malaysia to compete with Brunei team. We pray for another victory,” said the President in his statement to the media after the game.

“All of us: the people, society, football lovers, all want to win,” he added.

Meanwhile, regarding security at the Stadium, the President said that the police have implemented new security protocols and standards. With the new protocol, he added, football security in stadiums at the AFF Cup this time will be better.

“I inspected the security earlier, when I arrived, I saw that the police implemented a new protocol. The audience is limited to 30,000 people and will be increased with new management, new protocols, new system. It will be better,” he explained. (BPMI/AIT/UN) (EST/LW)