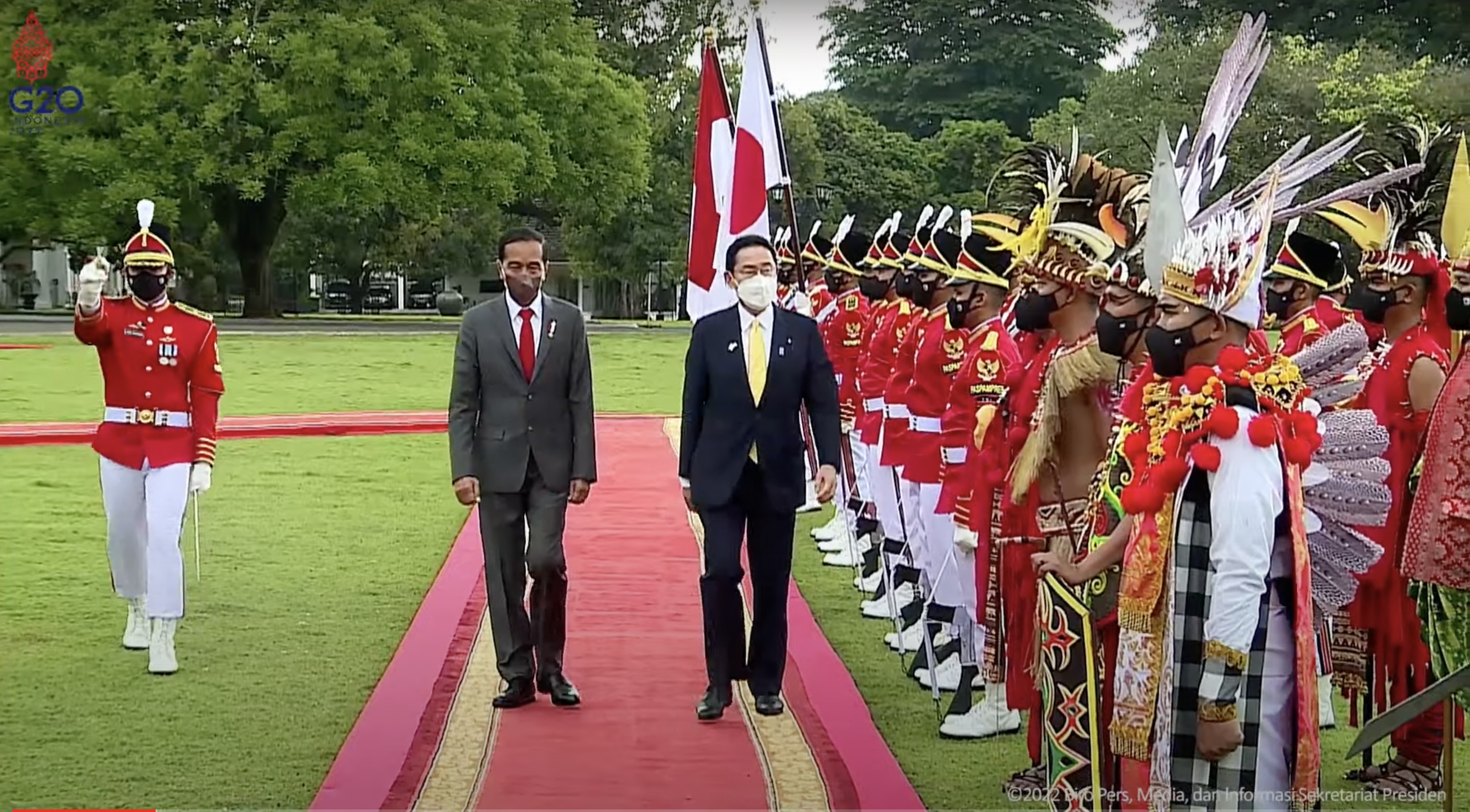 President Jokowi made the statement during a joint press statement with the Japanese Prime Minister at Bogor Presidential Palace, West Java province, on Friday (04/29).

“I would like to welcome back Prime Minister Kishida to Indonesia. It is an honor for me to receive His Excellency’s visit, and I welcome His Excellency’s commitment to continuously strengthening the bilateral relations between Indonesia and Japan,” President Jokowi said at the beginning of his statement.

President Jokowi also unveiled that in the bilateral relations, both leaders have agreed to continuously increase cooperation in trade and investment.

“In trade, we agree to intensify negotiation of IJEPA (Indonesian-Japan Economic Partnership Agreement) and to minimize any hindrance on trade, so it will be more fruitful for both countries. In particular, I have made a request to open a wide access for Indonesian agricultural and fishery products to Japanese market,” he said.

In investment, the Head of State welcomed the expansion of Japanese automotive companies, such as Toyota and Mitsubishi, that will make Indonesia as the automotive hub in the region.

“However, I also wish that Japan will have more investments in other sectors, such as energy, cement industry, agricultural technology, and health, and also will make Indonesia as an important part of global supply chain of Japanese industry,” said the President.

In infrastructure sector, President Jokowi welcomed the continuation of Patimban Port project phase 1 and phase 2, and also the finishing process of the ongoing infrastructure projects, such as MRT Jakarta.

“In the future, Indonesia hopes that Japan will participate in infrastructure projects, such as the Capital City of Nusantara and also Ambon Port,” he added.

In marine and fishery sectors, President Jokowi welcomed the participation of Japan in establishing marine and fishery center in Natuna and Biak that have been completed and the commitment to establish the same centers in Sabang, Moa, Saumlaki, and Morotai.

Meanwhile, Japanese Prime Minister Fumio Kishida was pleased to pay a visit to Indonesia again after his visit in 2014 as Japanese Minister of Foreign Affairs.

“Although this is Ramadhan month, Bapak President Joko Widodo and Indonesian people have welcomed us warm-heartedly. At this opportune moment, I would like to say thank you from the bottom of my heart,” Kishida expressed.

The Japanese Prime Minister said that next year will mark the 65th anniversary of Indonesia-Japan diplomatic relations and the 50th anniversary of friendship and cooperation between Japan and ASEAN.

“We are looking forward to welcoming Bapak President Joko Widodo in Japan in a special meeting of heads of state to bolster the relations between both countries and between Japan and ASEAN further,” Kishida stated. (SLN/UN) (AW/MUR)