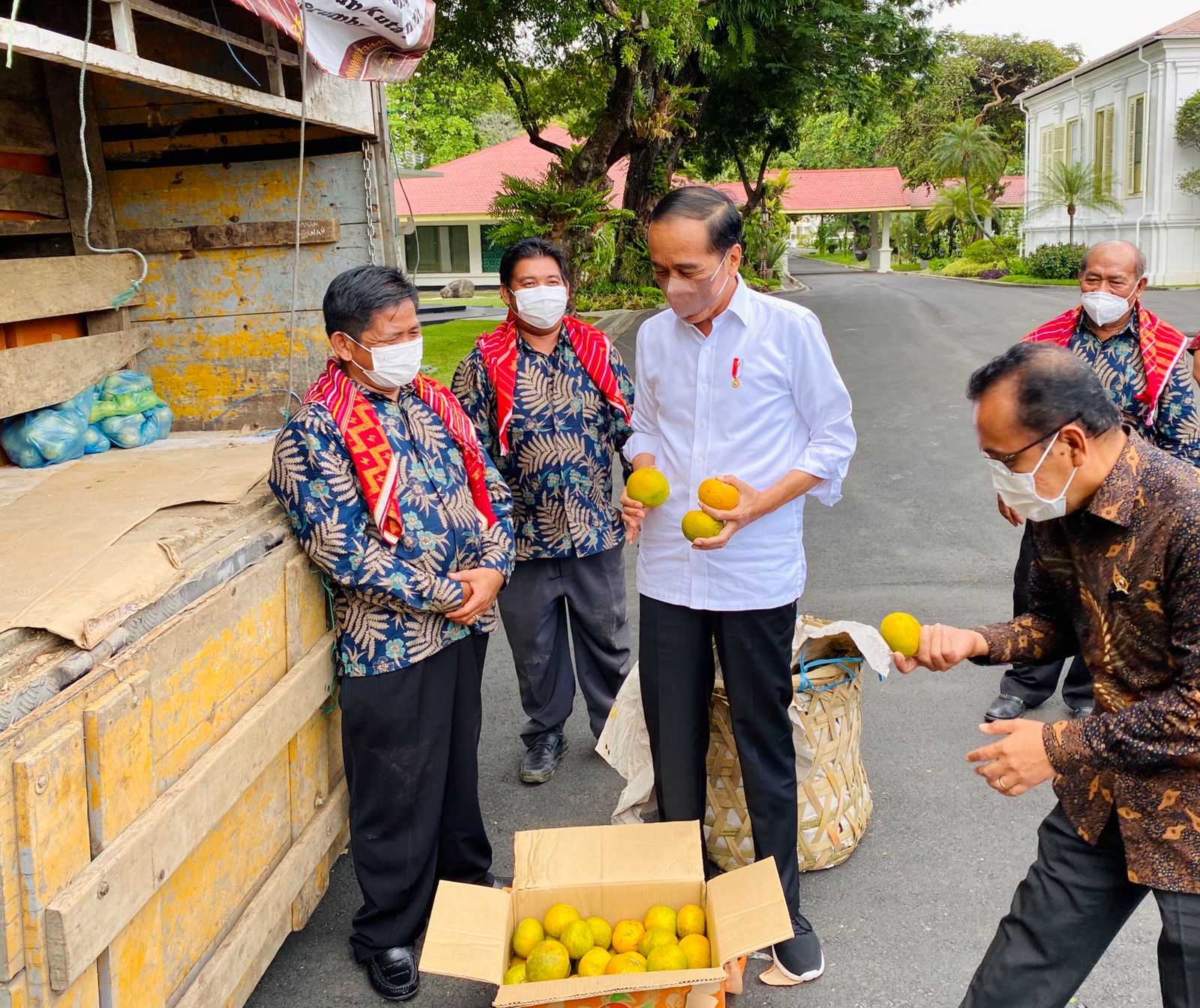 “We hope our President will pay attention to us, the people of Liang Melas village. We really hope for his support to make our village better,” Setia Sembiring, one of the residents, said after the meeting.

In response to that, President Jokowi said that the damaged road in Liang Melas Datas would soon be repaired, adding that he has ordered Ministry of Public Works and Public Housing to repair the road.

For the record, the President’s order had been followed up by the North Sumatra National Road Center (BBPJN) of the Ministry’s Directorate General for Road Construction.

On that occasion, President Jokowi also handed over cash assistance to the farmers of Liang Melas Datas, adding that he planned to visit the village once the road repairment is finished.

In the meantime, Expert Staff to Minister of Public Housing and Public Works Endra S. Atmawidjaja said in his written statement that roads are the backbone of regional economy and inter-regional connectivity.

“The Government is committed to improving connectivity to connect production centers to markets,” he remarked. (BPMI of Presidential Secretariat/AIT) (RI/EP)