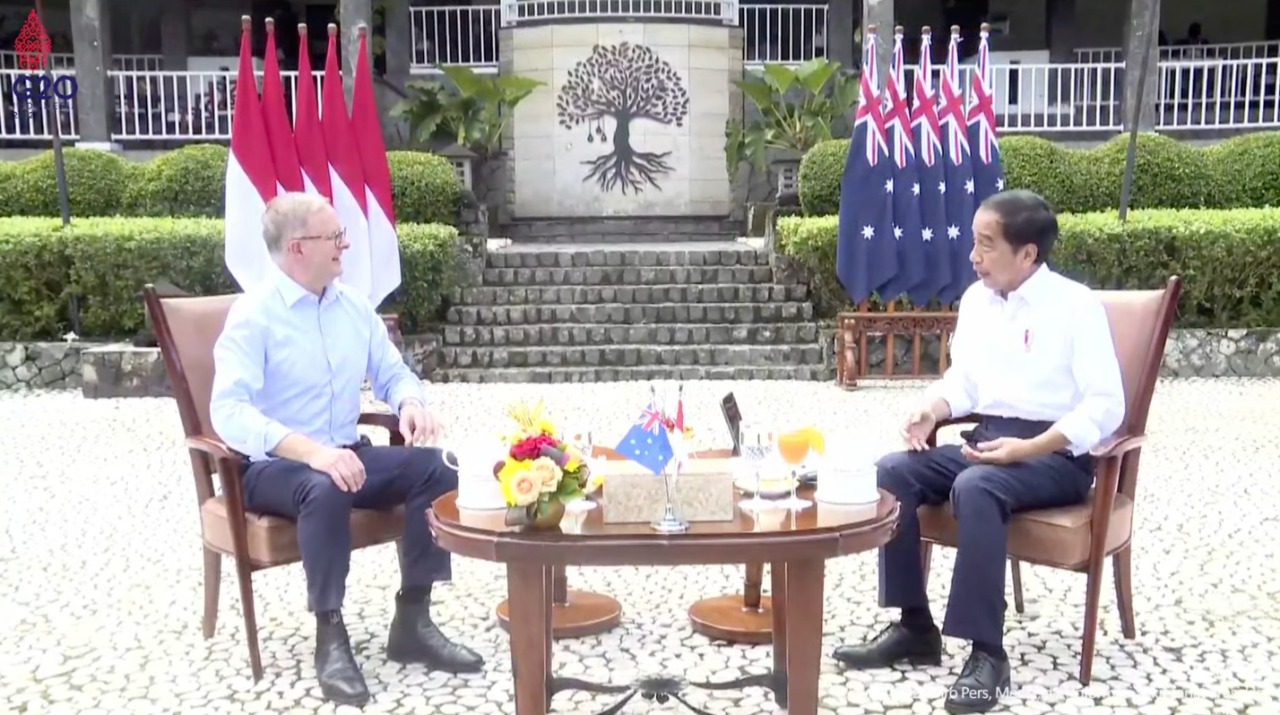 PM Anthony Albanese arrived at the Palace around 10.05 western Indonesian time and was greeted by President Jokowi himself. The arrival was then followed by an official welcoming ceremony, consisting of reverberating the Australian national anthem ‘Australia Advance Australia Fair’ and the Indonesian national anthem ‘Indonesia Raya’, the banging of cannons 19 times, and an inspection of the ranks of honor.

Both leaders then proceeded to Teratai room for a joint photo session, signed guest book, and planted tree in the backyard of the Palace. Afterwards, the two leaders cycled together to Resto Rasa restaurant which is located in the Bogor Botanical Gardens area using bamboo-made bicycles.

The next agenda is tête-à-tête meeting, followed by a bilateral meeting and a joint press conference.

For the record, Indonesia is the first country PM Albanese visited since being elected last month. (FID/UN) (EST/MUR)