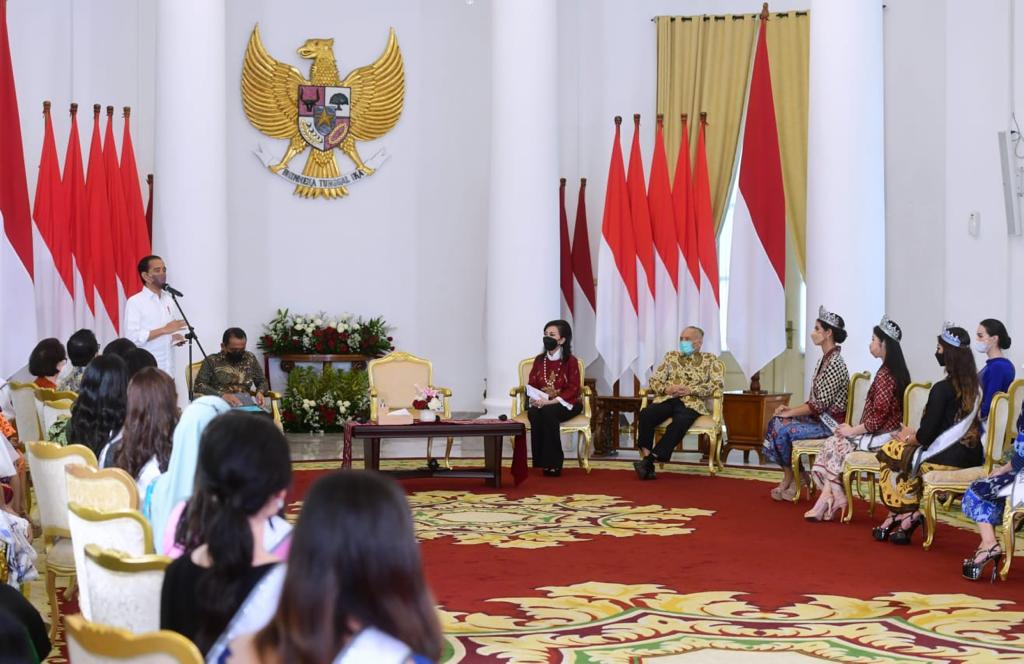 On that occasion, the President and the esteemed guests held a discussion on the development of the new capital (IKN) Nusantara.

Furthermore, Rr. Ayu Maulida Putri, winner of the 2020 Puteri Indonesia from East Java province said that the IKN development can make a great leap for Indonesia in order to be a developed country, to achieve social equality and not to only focused on “Java-centric” development.

“I also believe that Indonesia will continue to grow. The communities will progress, get motivated, and get inspired to do their best in order to give it to Indonesia,” Ayu added.

Echoing a similar sentiment, Putu Ayu Saraswati, winner of the 2020 Puteri Indonesia for the Environment from Bali province, expressed hope that the IKN development can bring positive impact on economic equality for people from Sabang to Marauke, adding that she also expected that the IKN will become a symbol of social justice for the people of Indonesia.

“It is expected to be a pilot city of development for other cities in Indonesia,” Putu added.

In the meantime, Saira Saima, 2nd finalist of the Puteri Indonesia DKI Jakarta expressed appreciation to people who have done a design and a city layout for the IKN.

“I realized that in the IKN, there will be 70 percent of green area. So, we do not have to worry if the green area decreases because the Government have prepared to carry out rehabilitation,” Saira said.