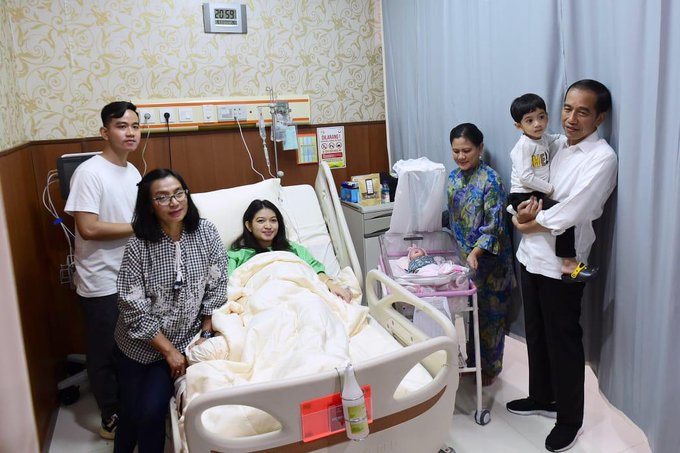 President Joko “Jokowi” Widodo on Friday welcomed the birth of his third grandchild.

“I would like to announce the birth of my third grandchild named La Lembah Manah on Friday, 15 November 2019 at PKU Muhammadiyah Hospital Surakarta,” President Jokowi wrote on his twitter account @jokowi.

The President also wished her to grow up healthy, noble and kind.

Selvi Ananda, the wife of President Jokowi’s eldest son Gibran Rakabuming Raka, gave birth to a baby girl through a caesarean section. The baby weighs 2.92 kilograms and is 46.5 centimeters in length.

In a press conference before the media, Gibran expressed his thanks to the team of doctors who have helped in the delivery process.

“I thank the team of doctors from the PKU Muhammadiyah Hospital as well as Minister of Health Terawan Putranto who accompanied the team,” Gibran said.