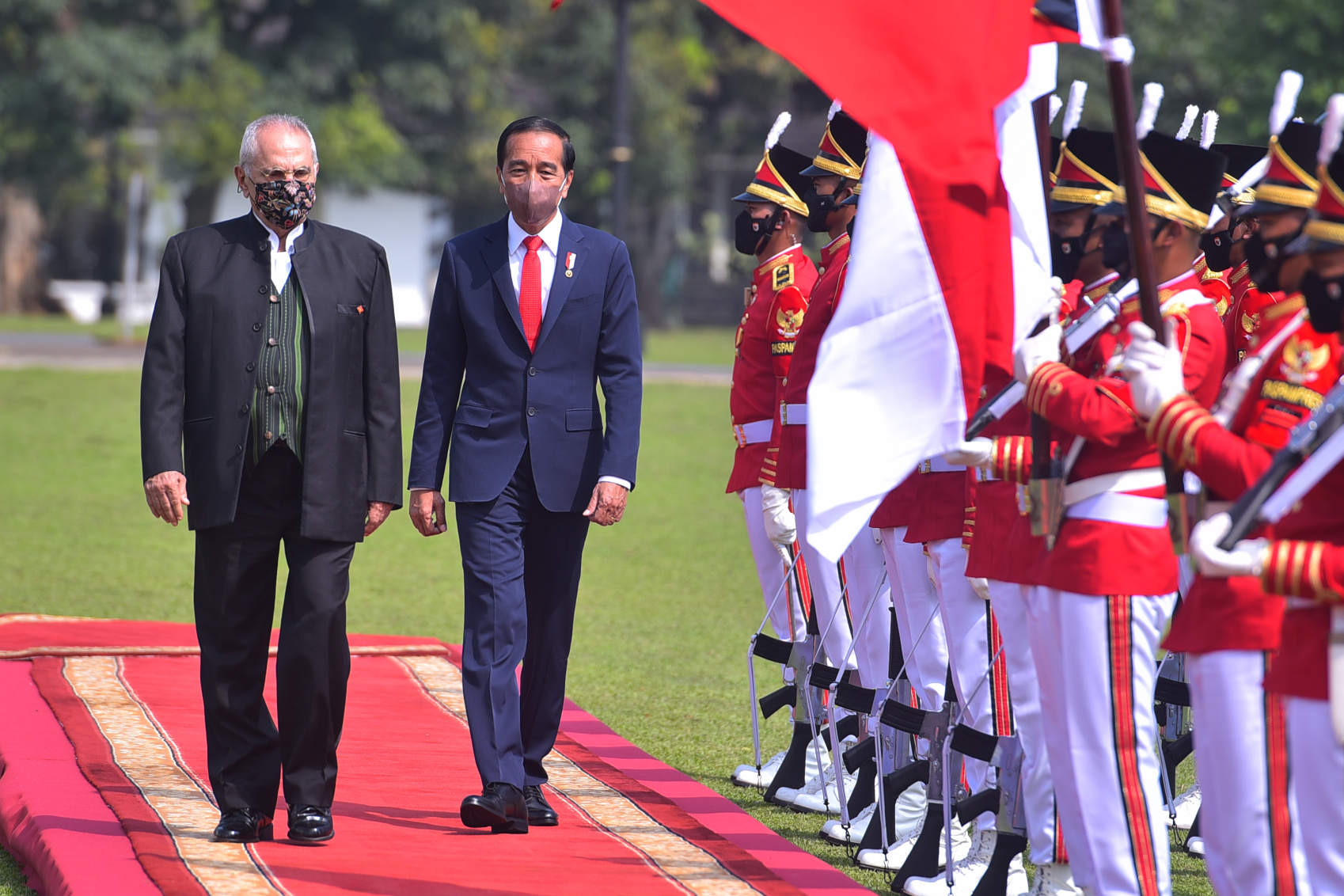 President Jokowi and President José Ramos-Horta conduct an inspection of the ranks of honor at the Bogor Presidential Palace, West Java province, Tuesday (07/19). (Photo by: PR of Cabinet Secretariat/Oji)

President José Ramos-Horta arrived at around 09.50 Western Indonesian Time and was greeted by President Jokowi. The arrival was then followed by an official welcoming ceremony, consisting of reverberating national anthems of both countries, the firing of cannon 21 times and an inspection of the ranks of honor.

Afterwards, the two leaders headed to Lotus Room for a group photo session and guest book signing. Then, they had a talk at the veranda, followed by tree planting at the backyard of the Palace.

On that occasion, President Jokowi and President José Ramos-Horta also held a tête-à-tête meeting, a bilateral meeting, and a joint press statement.

During the state visit, the two countries will sign four agreements, including Memorandum of Understanding (MoU) on agriculture, bus cross-border movement, standardization and metrology as well as technical cooperation in the trade sector. (TGH/UN) (RIF/MMB)