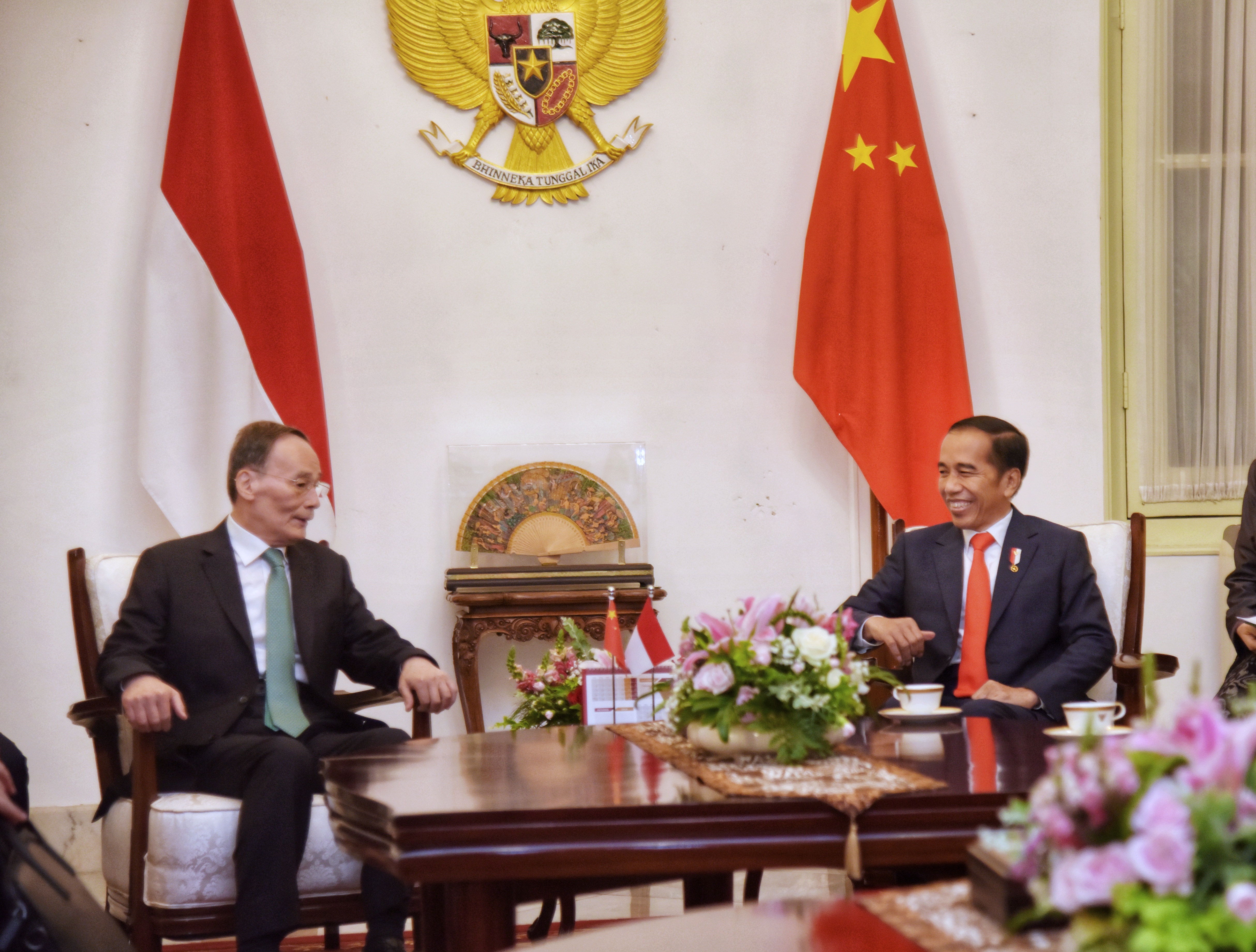 After his inauguration ceremony as President of the Republic of Indonesia for the 2019-2024 period, President Joko “Jokowi” Widodo on Sunday (20/10) received honorary visits from a number of Vice Presidents of People’s Republic of China, Viet Nam and Myanmar.

Arriving at the Merdeka Palace, Jakarta at 7 pm Western Indonesian Time, Vice President Wang Qishan of China was welcomed by Indonesian Foreign Minister Retno Marsudi, who then invited him to the Credential room.

President Joko “Jokowi” Widodo was inaugurated as President of the Republic of Indonesia for 2019-2024 period after he took an oath of office in Jakarta, Sunday (20/10).

The inauguration marked the start of Jokowi’s second and final term in office after winning April’s presidential race. According to the official count of the General Elections Commission (KPU), Jokowi-Maruf pair secured 55 percent of the votes, defeating Prabowo-Sandiaga pair who secured 45 percent of the votes.  (UN/FID/AGG/OJI/ES)