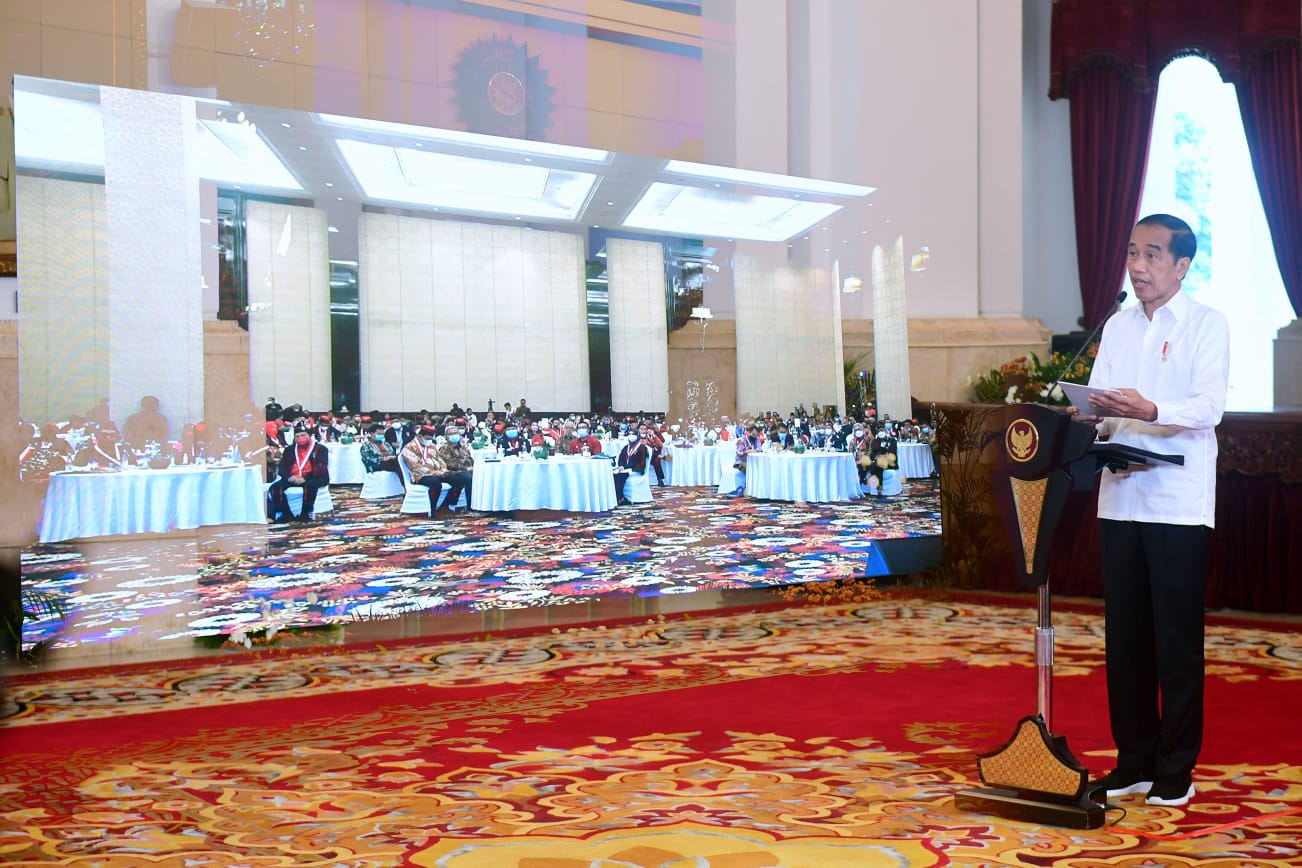 In a bid to maintain the country’s sovereignty, Indonesia must win global competition, according to President Joko “Jokowi” Widodo.

“We must win competitions both in the domestic and the global arena. We must surpass other countries and outrun them in this increasingly competitive world,” President Jokowi said at the opening of the 4th  Congress of Alumni Association of the Indonesian National Student (PA GMNI) televised from the State Palace, Jakarta, Monday (6/12).

To address the openness in global interaction and high disruption, the President added, Indonesia needs to strengthen nationalism and sovereignty, adding that that globalization is not only a matter of goods mobility but also mobility of ideas and knowledge which are more intense due to digitalization.

To that end, it is necessary to make innovation, he added.

“Taking a step is not enough. In fact, we must make a huge leap of progress. If we can’t do it, we can’t outrun other countries. We must become a trendsetter, instead of a follower,” he said.

The Head of State also appealed to the people to intensify innovation, as well as the mastery of knowledge, and technology.

The fourth industrial revolution and COVID-19 pandemic, the President added, has pushed many to develop new ways that must be seen as an opportunity for all.

On that occasion, President also called on the PA GMNI to contribute to the Indonesia’s future chairmanship, including the G20 presidency.

“I am looking forward to your contribution in the Indonesia’s chairmanship to generate progressive ideas, enhance partnership, and give inputs to face global challenges and play a part in drawing up broad strategies to develop the state which upholds the values of Pancasila state ideology],” he said, adding that Indonesia’s G20 presidency must serve as a momentum to show Indonesia’s leadership to the world which prioritizes the interest of developing countries.

The President also called on the association to promote and foster nationalism based on the Pancasila and the 1945 Constitution to strengthen the unity and integrity of the nation. (TGH /UN) (RAS/EP)