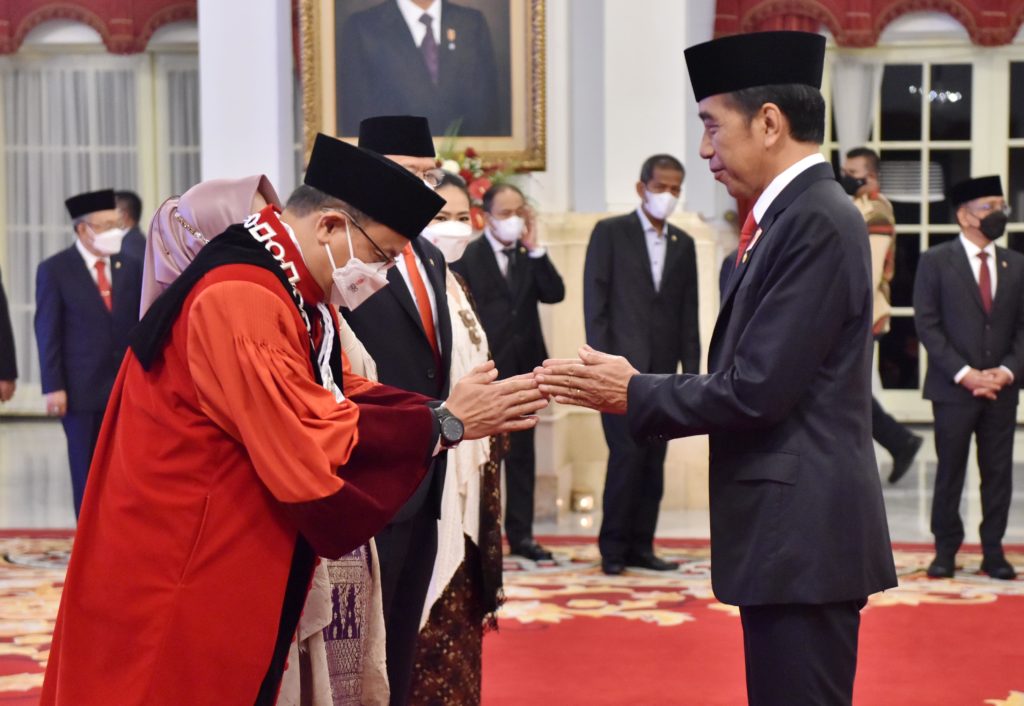 President Joko “Jokowi” Widodo witnessed the swearing-in ceremony of Guntur Hamzah as a constitutional judge at the State Palace, Jakarta, on Wednesday (11/23) morning.

The inauguration of Guntur Hamzah as a constitutional judge was based on the Decree of President of the Republic of Indonesia Number 114/P of 2022 on Termination and Appointment of Constitutional Judge proposed by the House of Representatives.

Following the inauguration, Guntur signed the minutes, witnessed by the Head of State.