President of Toyota Promises to Develop Automotive Industry in Indonesia 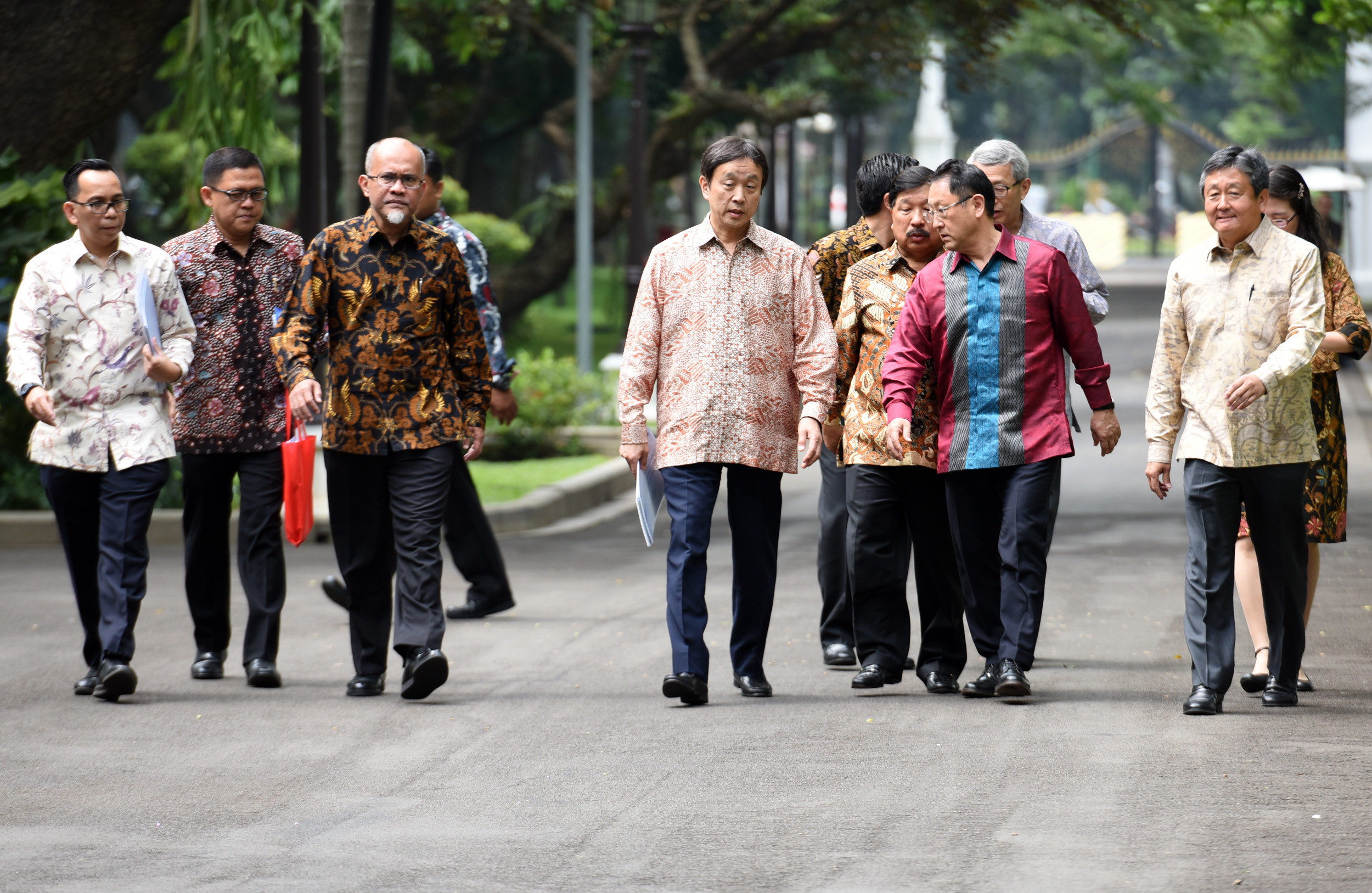 President of Toyota Motor Corporation Akio Toyoda accompanied by a number of executives of Toyota in Indonesia, after received by President Jokowi at the Merdeka Palace, Jakarta, Monday (13/3) morning (Photo: Rahmat/PR)

On that occasion, Akio Toyoda extended the commitment of Toyota to continue its participation and contribution in developing Indonesias automotive industry through investment, export, manpower, and human resources development.

PT TMMIN, whose previous name was PT Toyota Astra Motor (TAM), is responsible to manufacture and export automobile as well as automobile parts for Toyota brand in Indonesia. It has five production facilities in Sunter, Jakarta, and Karawang, West Java.

Export activity of TMMIN was started in 1987 by sending the third generation of Kijang, Kijang Super, to Brunei Darussalam.

At the moment, Toyota Indonesia has exported CBU (Completely Built-Up) and CKD (Completely Knock Down) automobiles, machines, automobile parts, as well as tools for production process: jigs and dies.

2016 was an important milestone for Toyotas export because in that year this company managed to export 1 million units.

Warih Andang Tjahjono, born in Pati, Central Java in 1963, got a bachelor degree in Chemical Engineering from Diponegoro University in 1989. His previous positions were Director of Human Resources, General Affairs, Operation Management Consulting (2009-2011), Director of Vehicle Manufacturing Karawang Plant and Production Engineering (2011-2014), and Vice President of TMMIN in 2014.

I feel honored for the trust given to me to lead TMMIN. I am determined to ensure that TMMIN always does the best in facing tight competitions as well as always supports and contributes to the development of Indonesias automotive industry, Warih said in his written statement. (DND/RAH/ES) (MMB/YM/Naster)