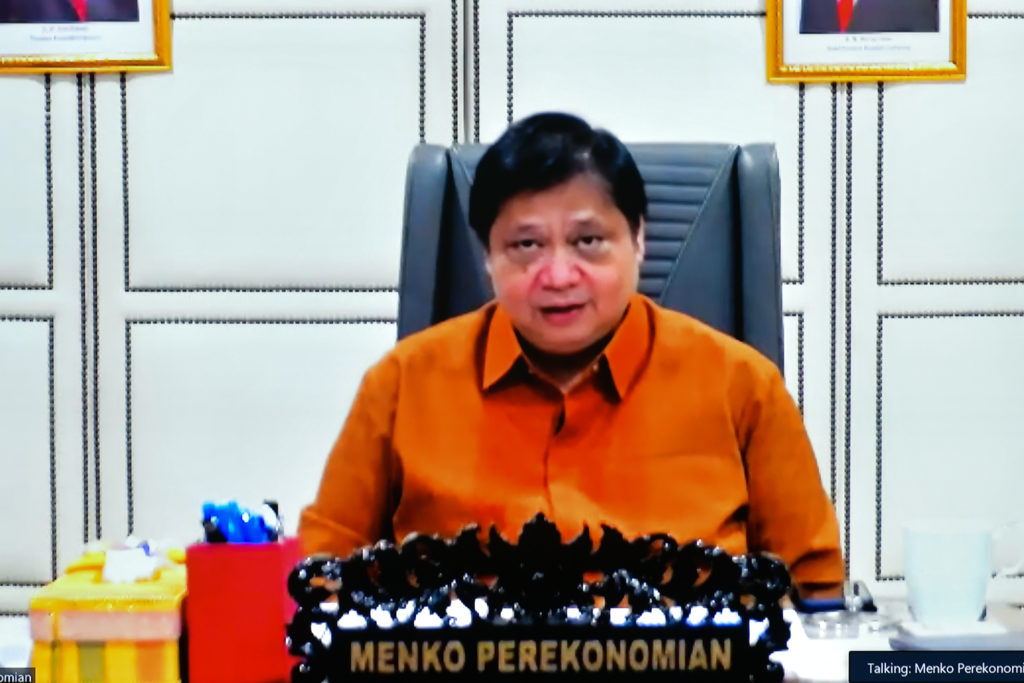 “The President called on Chief of Police to strictly maintain the health protocol during the implementation of the regional elections. So that the regional election will not become new cluster of infection,” said Coordinating Minister for Economic Affairs Airlangga Hartarto.

Furthermore, Airlangga, who also serves as Chair of the COVID-19 and National Economic Recovery Working Committee, revealed that the recovery rate for COVID-19 patients in Indonesia has improved and the death rate has begun to decline. Compared to the global average, according to him, Indonesia’s condition is relatively better.

“The death and recovery rate for COVID -19 is relatively good, with the recovery rate at 73.77 percent or equivalent to the global rate. Then the death rate is 3.77 percent and the active cases rate has reached 22.46 percent,” said Airlangga.

Regarding the availability of treatment beds, Airlangga said that of the 46,705 beds, 21,619 beds are occupied, or the occupancy rate is 46.29 percent. The occupancy rates in the nine priority provinces are: East Java at 41.8 percent, Jakarta at 60.6 percent, West Java at 55.1 percent, Central Java at 40.3 percent, North Sumatra at 45 percent, South Sulawesi at 29.4 percent, Bali at 61.6 percent, South Kalimantan at 33.4 percent, and Papua at 37.6 percent.
“Nationally, this is below the WHO standard which stands at 60 percent,” said Airlangga.

In the press statement, Airlangga also explained the Government’s strategy in reducing the death rate.

“Some of the strategies are increasing the capacity of the hospital, preparing isolation facility at the Athlete House and nearby hotels for people without symptoms,” said Airlangga, while adding that the Government also separating patients with comorbid and protecting the vulnerable groups.

“The separation of those patients can help them to get immediate help in emergency, not waiting until severe and critical,” Airlangga continued. Moreover, the Government has also standardize treatment and protect health workers.

“The President ordered Ministry of Health to carry out an audit at the referral to maintain the safety of health workers. PCR is also prepared for health workers,” said Airlangga.

Regarding the national economic recovery program, the Coordinating Minister said that in general it was running well. However, there are several sectors which have caused low absorption of the budget, such as the corporate financing sector.

“Assistance through association of state-owned banks and national banking will be evaluated and the planning will be improved or revised because the absorption is not as expected,” said Airlangga. (FID / UN)