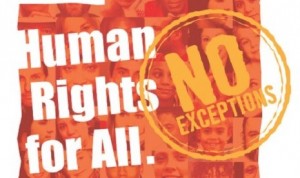 RANHAM is a document that includes the goals, strategies, and priority activities focus on  national action plan for Indonesian human rights, which is used as a reference for the ministries, agencies, and local governments in implementing the respect, protection, fulfillment, enforcement, and promotion of human rights in Indonesia.

“Ministers, institutional leaders, governors, and regents/mayors are responsible for the implementation of the RANHAM in accordance with their respective authority under the provisions of the legislation,” reads Article 3 of the regulation.

Through this Presidential Regulation as well, the President establish the Joint Secretariat of the RANHAM that consists of elements from the Ministry of Law and Human Rights, Ministry of Social Affairs, Ministry of Home Affairs, and Ministry of National Development Planning/Bappenas.

“Joint Secretariat of RANHAM headed by the minister to organize the administration in the field of law and human rights (Menkumham),” reads Article 3 Paragraph (3) of Presidential Decree No. 75 In 2015 it was.

In the appendix of Presidential Regulation No. 75 In 2015, also disclosed the results of the implementation of RANHAM 2011-2014 and the National Action Plan (NAP) for Persons with Disabilities from 2004 to 2013, namely:

1. Less optimal the coordination between the implementing agencies, although most of the ministries, agencies, and local governments have RANHAM, and working groups of RANHAM, but very few that RANHAM committee, and RANHAM working groups, that has good performance and effective.

2. Less effective of monitoring mechanisms, evaluation, and reporting the Implementation of  RANHAM 2011 and RAN of Persons with Disabilities of 2004-2013.

As for the general target of the RANHAM, is to improve the respect, protection, fulfillment, enforcement, and promotion of human rights for all levels of Indonesian society by the state, especially the government taking into consideration religious values, morals, customs, culture, security, public order, and the interests of the nation of Indonesia. (Pusdatin/ES)