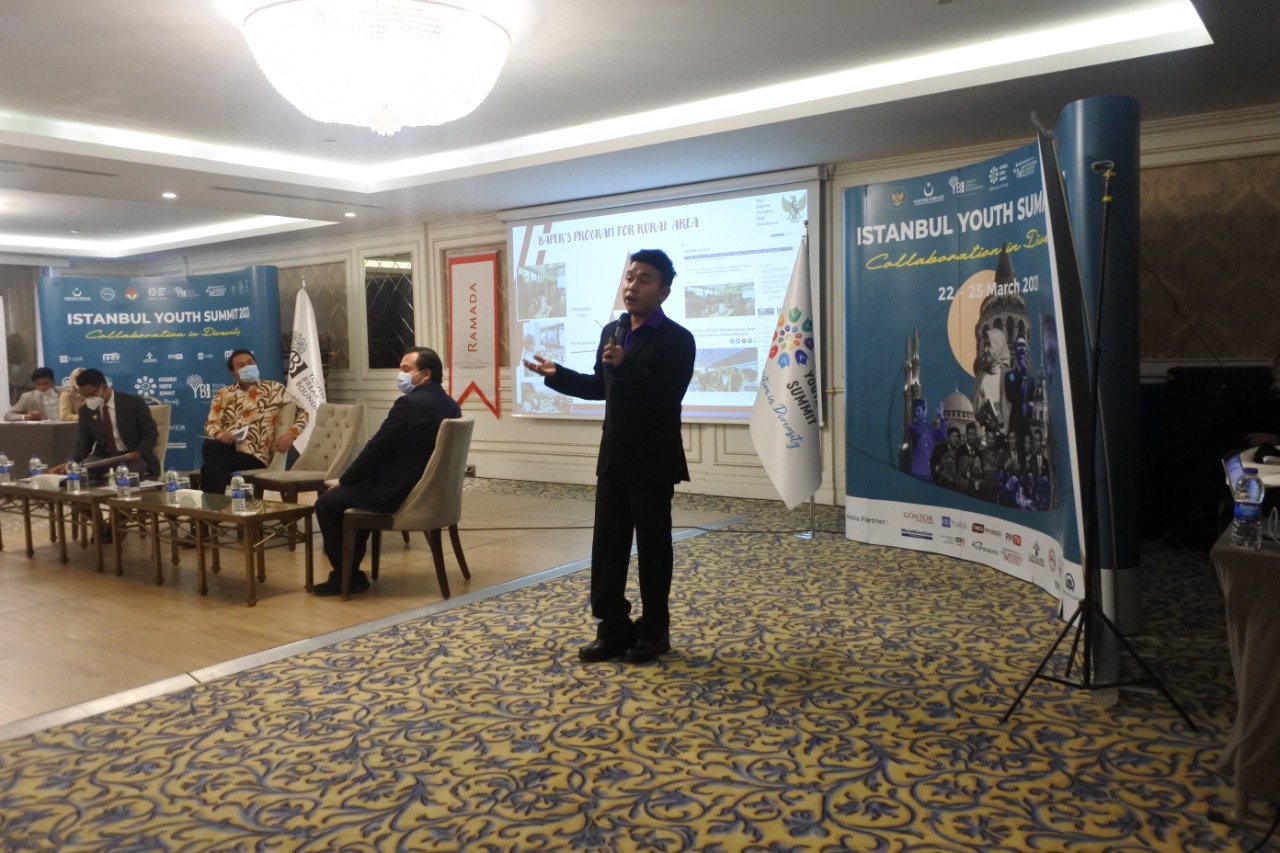 Special Staffer to the President Billy Mambrasar, on Wednesday (24/3), became one of the keynote speakers at the 2021 Istanbul Youth Summit (IYS).

On the occasion, Billy discussed education in Indonesia and the Government’s strategy for education during COVID-19 pandemic.

According to Billy, the Government is committed to further increasing equality in all parts of Indonesia. “Inequality in education is still clearly visible between schools in rural areas and schools in urban areas. These imbalances include the number of schools and their accessibility, educational infrastructure, the number of teachers and their quality, curriculum implementation and the quality of education personnel,” he said.

This imbalance can be seen from the Human Development Index (HDI), the 2020 index showed that the Special Capital Region of Jakarta has an HDI of 80.77 and ranked first nationally.

Various other indicators also showed the sign of inequalities, such as the level of literacy, school enrollment rates, the number of teachers, and internet accessibility.

“The contribution of internet users per region is also very small, as seen from the figures where Java occupies 55.7 percent, followed by Sumatra by 21.6 percent, Papua by 10.9 percent, Kalimantan by 6.6 percent, and finally East Nusa Tenggara/West Nusa Tenggara by 5.2 percent,” Billy stated.

The impact of uneven internet access is increasingly felt during the current pandemic, as online education requires an adequate internet connection.

Ministry of Education and Culture, Billy stated, has responded quickly to the needs of the education sector during this pandemic. “The Government’s swiftly responded through its policies on education. The School Operational Assistance (BOS) during the pandemic can be used for internet data and phone credit for educators and students,” he said.

Adjustments to the curriculum and education system have also been made, including simplification of the payment system, which is part of an effort to break the chain of COVID-19 transmission. The Government also provided students and educators with assistance of internet data.

Amid the pandemic, the Government also made various breakthroughs to solve problems in the education sector, such as increasing teacher salaries in an effort to increase the numbers of qualified teachers.

In addition, the Ministry has also issued a program to provide complementary teachers in order to improve teaching accessibility for all elements of society.

“Education budget increased and the quick response efforts were successful. Good news for all of us, the Indonesian Development Index has entered the world middle-class category since last year,” he stated.

Billy also urged the participants to become agents of change in their respective countries. “We as the youth can be part of the solution. You can do something, help accelerate education by building a learning center,” he said, exemplifying.

The Summit was organized by the youth organization Youth Break the Boundaries (YBB) in partnership with the Islamic Countries Youth Forum (ICYF) and a number of governments of Islamic countries such as the Republic of Turkey, the Islamic Republic of Pakistan and the Republic of Azerbaijan. (Special Staffer to the President Billy Mambrasar’s Team /UN) (FI/MMB)