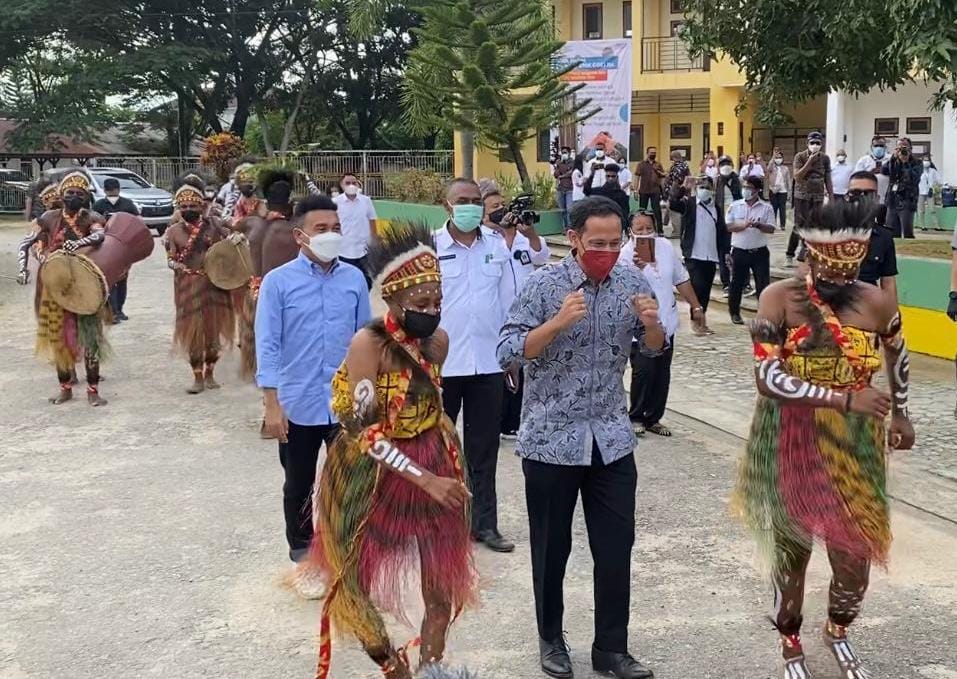 Special Staffer to the President Billy Mambrasar and Minister of Education and Culture Nadiem Makarim on Thursday (11/02) visited a customary and tourist village of Malaumkarta in Sorong Regency, West Papua Province.

Situated in Makbon District, about 40 kilometers from Sorong City by land, the village is home to indigenous Moi Tribe who owns customary rights in most parts of the City and Regency of Sorong.

During the visit, the Minister accommodated the aspirations of Moi Tribe representatives, who come from various Moi Sub-Tribe, concerning preservation of culture and language of the indigenous tribes in Papua. The aspirations include the establishment of a Vocational School for Tourism and Fisheries in the Malaumkarta and efforts to preserve the native languages of Moi Tribe by integrating it into the educational curriculum.

Responding to the aspirations, Nadiem stated the Ministry has made full efforts to preserve culture and language of Papua, such as providing opportunities for indigenous tribes to perform and showcase their culture as well as provide incentives for the preservation. These efforts have been made through the Ministry’s Cultural Value Conservation Agency (BPNB) Culture under Directorate of Faith in God Almighty and Indigenous Peoples.

Nadiem also expressed hope that the tribe can make the most of the program in an attempt to preserve the language and culture of Moi. The same expectation also applies to all other tribes in the Land of Papua.

On the occasion, Billy stated that President Joko “Jokowi” Widodo has always emphasized the importance of indigenous peoples in developing Papua. The statement was reinforced by the enactment of Presidential Instruction Number 9 of 2020 on the acceleration of the development of Papua and West Papua and the Job Creation Law which emphasizes the importance of indigenous people in development planning and in the licensing process.

Billy also motivated the young people of Moi Tribe to keep their enthusiasm alive to learn and pursue their dreams. “If necessary, please study aboard in various countries around the world. But remember, do not forget our customs and culture as indigenous Papuan and Indonesian children,” he said.

Furthermore, Billy also appreciated the Ministry’s breakthrough in new formulation of the School Operational Assistance (BOS) Funds in 2021 which follows the Expensive Index for each region and province. With the new formulation, the BOS Fund for the City and Regency of Sorong will increase by approximately 30 percent from the current amount.

In President Jokowi’s second term of office, Billy continued, the development of Papua and West Papua Provinces will be prioritized on human capital development, especially indigenous Papuans, through education and training.

“I hope with budgeted funds, including from special autonomy budgets, most of which are allocated for education, the acceleration and distribution of education will be felt by all people of Papua and West Papua, especially the indigenous Papuans,” Billy remarked. (Special Staffer to the President Billy Mambrasar Team/UN) (GWH/MUR) 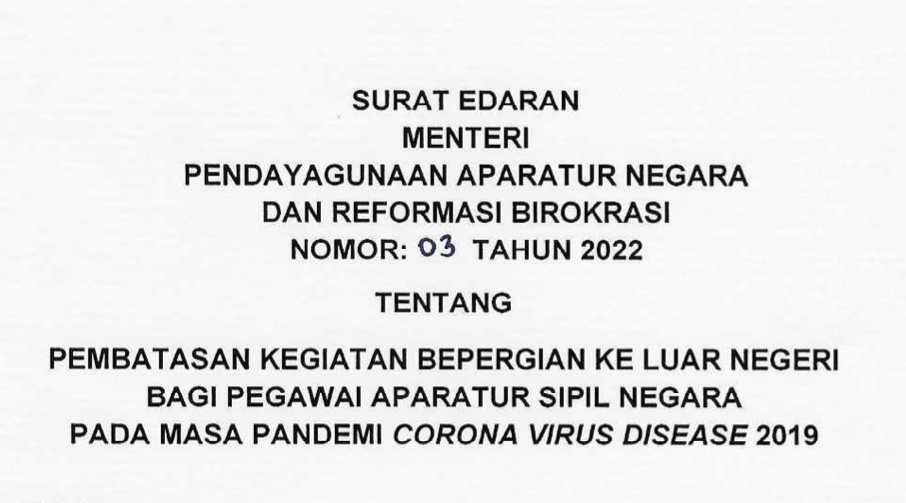