Professor Firmanzah: Beware Economic in the Year Ahead 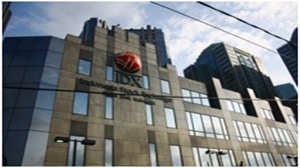 Professor Firmanzah: Beware Economic in the Year Ahead

Indonesia’s economy in the year ahead was predicted to still experience a number of challenges, particularly those coming from external factors. Therefore, preparedness of the policy makers in terms of monetary, fiscal and real sector would largely determine Indonesia’s economic fundamentals in the short term.

Those opinions were expressed by Professor of the Faculty of Economics, University of Indonesia, Prof. Firmanzah., Ph.D., when he responded to the weakening of the rupiahs exchange rate that had exceeded a number of more than 12,000 rupiahs per USD 1, while the Composite Stock Price Index (CSPI) in Indonesia Stock Exchange had reached 5,000.

“That was in accordance with our previous prediction that the rupiah will still be under pressure as a result of the policy of the United States of America Central Bank which will terminate (tapering off) the stimulus provision of non-conventional monetary (quantitative easing-QE III),” said Firmanzah in Jakarta, Monday (29/9).

Although some parties assume that there was no link between them, according Firmanzah, the decrease of CSPI also showed that the policy of the United States of America Central Bank encouraged the capital flight (capital outflow) in our country through consolidation in the stock market.

Firmanzah reminded that besides the termination of the stimulus provision of non-conventional monetary, indicators in the fields of employment and economic growth in the United States today had improved, so there is possibility that the United States of America Central Bank will rise the interest rates acua (Fed rate). If this is done, then certainly the central bank of other countries, including Indonesia, will also rise its benchmark interest rate to prevent its capital flows out (capital outflow).

“If Central Bank of Indonesia is also rise the benchmark interest rates, it can be assurance that the economic growth will not be as high as the macro assumptions in the 2015 State Budget that was agreed in the amount of 5.8 percent,” said Firmanzah.

The Special Staff of the President for Economic and Development explained that the rise in interest rates will have an impact on the economy, investment, job creation and real sector as a whole.

The increase of benchmark interest rate, further Firmanzah, will make people postpone their consumption and tend to place their funds in the banking sector. While from the side of banks, there is choice of policies including to reduce the Net Interest Margin (NIM) or to adjust the loan interest rates which are at risk of rising the Non-Performing Loans (NPL).

Besides the United States pressure, Firmanzah reminded, that the national economy will also be faced to a number of external factors such as the world’s major economies slowdown which was happened in China and Europe. Meanwhile, the weakening trend of world commodity prices and political and security instability in some regions will also interfere the world economy recovery.

“Although Indonesia’s economy is less dependent on export activities then the economic in a number of ASEAN countries such as Singapore, Malaysia, Thailand, Philippines and Vietnam, but still, that number of factors will have some impact on the growth rate of national export volumes and values,” said Firmanzah.

About government plans of the elected president Joko Widodo (Jokowi) to raise the price of subsidized fuel oil, Prof. Firmanzah acknowledged that it will be able to balance the fiscal posture and budget savings, the budget from subsidized fuel oil can be allocated to other development priorities sectors.

In the short term, said Firmanzah, at least throughout 2015, the impact of fuel price rise policy will result in inflation and lower consumer purchasing power due to rising prices of basic necessities and other products.

“People are going to focus in prioritize the more substantial needs first and tend to reduce the consumption of secondary goods,” said Firmanzah.

He mentioned that for low-income group or the poor, policy options to ease the burden and allow time for adjustment can be done through direct temporary grants. But the choice for middle income group is consumptions saving.

Firmanzah admit that he worried about the congregation of a number of factors above when performed simultaneously namely the external pressure and the government plans to rise the subsidized fuel oil prices. He estimated that the business will face a number of challenges such as declining people purchasing power, increasing the capital costs and the demands of increasing the labor costs due to the rising prices of worth living components.

“If this is the case then the business will face two pressures at the same time both from the demand side of the market and the rising cost of production,” said Firmanzah.

So far, further Firmanzah, the challenges in Indonesia business were compensated with a magnitude of the domestic market so that they still enjoy a sufficient margin to cover the production costs.

However, when the weakening of people purchasing power occurs while the production costs components also increase, according to Prof. Firmanzah, this requires anticipation measures from the policy makers to provide stimulus to the national business.

According to the Special Staff of the President for Economic and Development, the complex and dynamic challenges along Indonesian economy in 2015 requires careful and comprehensive planning and calculation to anticipate all possibilities that may be happen.

He also mentioned that no less important the policy mix in monetary sector, fiscal and real sector needs to be formulated together by the Central Bank of Indonesia, government, Deposit Insurance Corporation and Financial Services Authority. “The good coordination as we pointed out in the past is indispensable so that the national economic fundamental can be maintained and further enhanced,” he said.

Firmanzah reminded that each policy option respectively which will be pursued in terms of monetary side, fiscal and real sector will definitely affect and related one to another. That is why, according Firmanzah, need to be communicated and coordinated by the authorities of the country policy makers so that economic policy becomes more comprehensive, measurable and right on target. (Polhukam/DP)