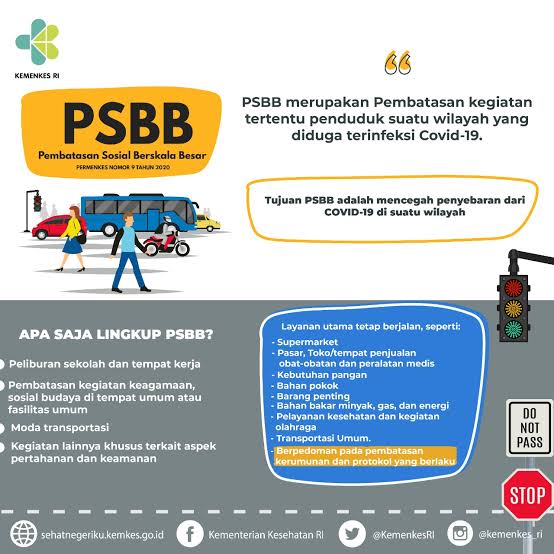 “Through PSBMs, we can directly control a cluster or group of cases identified in areas smaller than a regency/city, for example a district, sub-district, or neighboring unit (RT)/community unit (RW),” he said, Tuesday (15/9).

That way, Wiku continued, no mobility occurs to other areas and the handling will just focus on areas with those communities.

“It is hoped that we can make optimum control in the provinces in collaboration with all apparatus, local governments, the National Police (Polri) and the Indonesian National Defence Forces (TNI),” he said.

According to him, the implementation of large-scale social restrictions (PSBB) in capital Jakarta is due to the rising number of regions with red and orange zones in the past five weeks.

“We see that in such conditions, more stringent restrictions will be in place to control the situation. This is a process that must be done. The need for pulling gas and brakes, namely ensuring that if positive case rises and starts to get out of control, is necessary to tighten certain activities that contribute to the rise of cases,” he said.

The Central Government and regional governments also join hands including the COVID-19 Mitigation Working Committee to implement pre-conditions, the timing, and make a priority, he added

“Other regions across the country may also be in the red zone for several weeks. This is a wake-up call for us. A tighter control must be in place,” he said.

For this reason, Wiku also said that President Joko “Jokowi” Widodo has assigned Deputy Chairman of the COVID-19 Mitigation and National Economic Recovery Luhut Binsar Panjaitan and Head of the National Disaster Mitigation Agency Doni Monardo in collaboration with Minister of Health Terawan Agus Putranto to take action to the regional level.

Wiku also urged the public that the COVID-19 pandemic is not over yet so the Central Government, local governments and the public must work together to raise discipline in implementing health protocols so as to curb uncontrolled transmission.

“Implementing the health protocols is the key to suppress the existing cases,” he said. (Communication Team of the COVID-19 Mitigation and PEN Working Committee/EN)