PSSI Sets Up National Team for U-20 World Cup 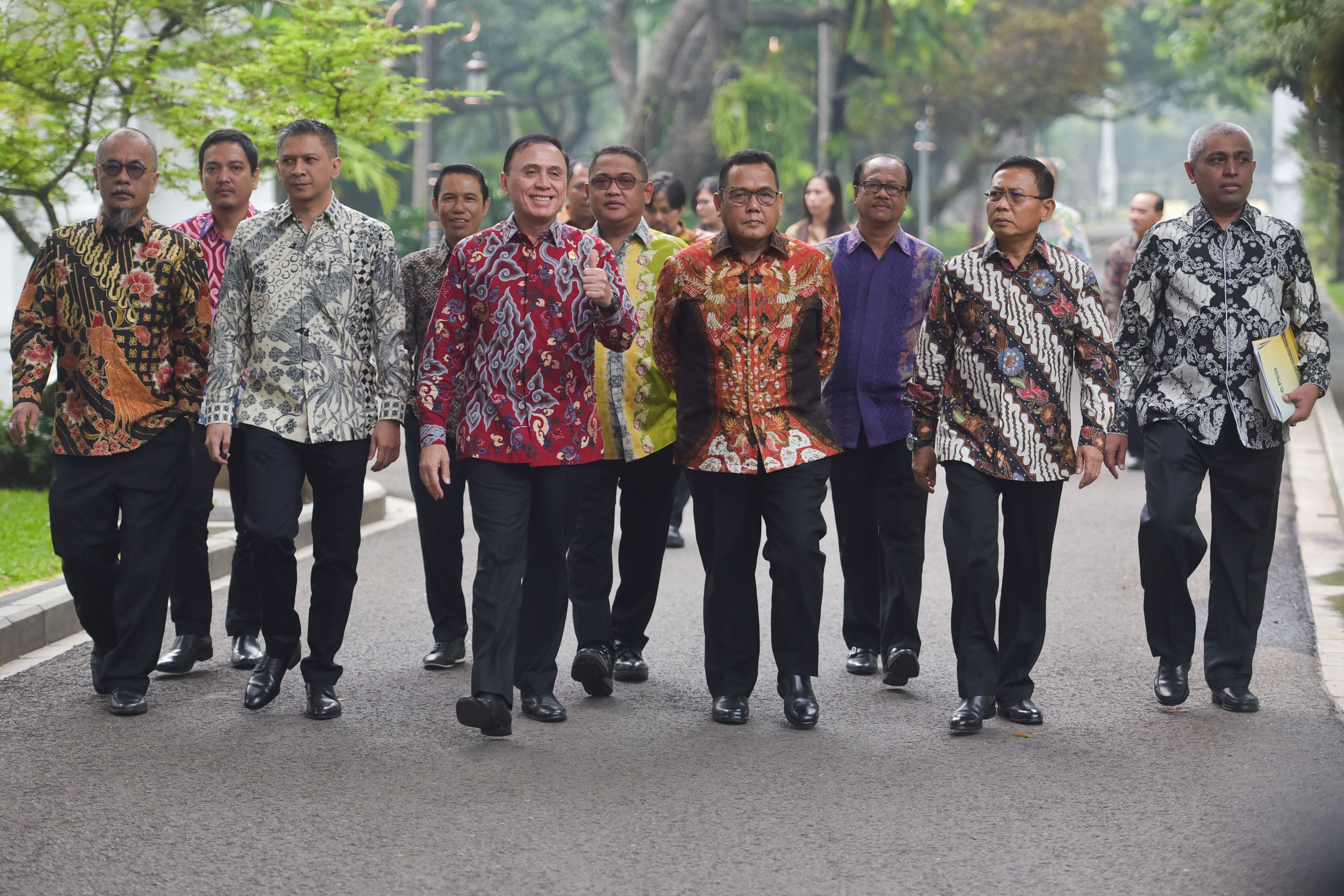 Police Commissioner General Iriawan and Central Board of the Indonesian Football Association (PSSI) met with President Jokowi, at the Merdeka Palace, Jakarta, Monday (16/12). Photo by: Rahmat/PR.

“There will be 12 trial matches against teams from several countries, including Iran, Saudi Arabia and Turkistan,” Chairman of the PSSI Police Commissioner General Iriawan told reporters after meeting with President Joko “Jokowi” Widodo at the Merdeka Palace, Jakarta, Monday (16/12).

According to Iriawan, the U-19 national team players have been returned to their respective clubs and will be called back in early 2020.

The Indonesian U-19 soccer team in November secured a spot in the 2020 AFC U-19 finals after a match against North Korea ended 1-1 at Gelora Bung Karno Stadium.

President Jokowi, Iriawan added, has also ordered that the preparation for the national team be made as early as possible.

The national team is expected to achieve the best achievement in the 2021 U-20 World Cup, Iriawan added.