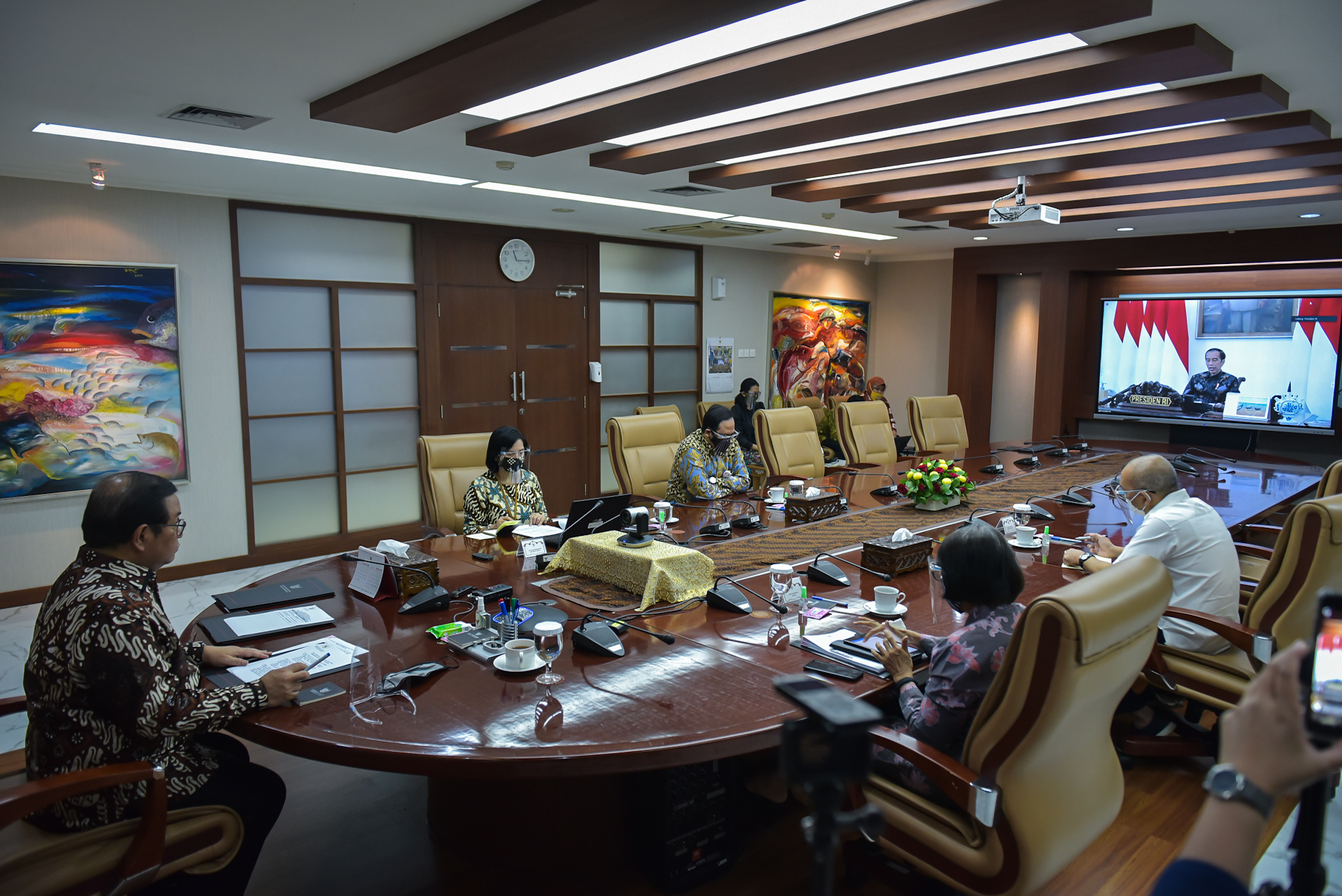 Cabinet Secretary during a limited meeting through a video conference on Continued Discussion on Preparation for the Implementation of Simultaneous Regional Head Elections, Jakarta, Tuesday (8/9). (Photo by: Agung/ PR)

Ahead of the upcoming simultaneous regional head elections that will be held with health protocols, President Joko “Jokowi” Widodo has once again stressed that public safety and health is of utmost importance.

Therefore, the discipline in implementing health protocols during the regional head elections must be enforced and must not be neglected, he added.

“I’ve learned that many candidates still flout the health protocols. For example, a concert was held and attended by thousands of people during the declaration of candidate pairs,” he said, adding that this has  become a concern that must not be taken lightly.

The Head of State also pointed out that the regional head elections must proceed and cannot be postponed until the pandemic ends.

“This is because we never know when the pandemic ends,” he said, while stressing that the regional head elections must also adapt to the new normal protocol.