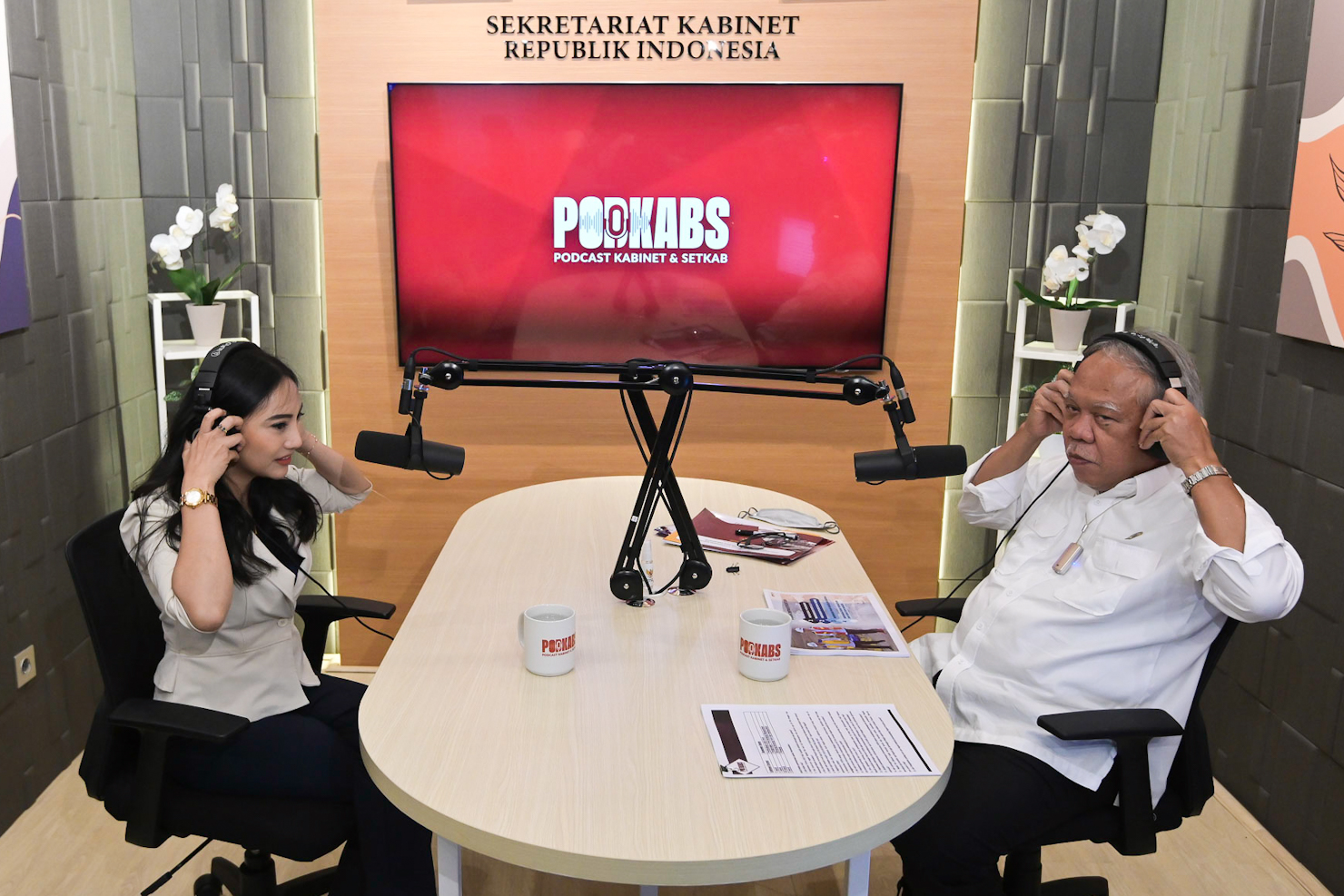 During the podcast, Pak Bas told the podcaster about his experience before his appointment as Minister of Public Works and Public Housing.

“I have been working at Ministry of Public Works and Public Housing for a long time. I began my career here. And I am proud of being bureaucrat,” the Minister said.

Afterwards, he said he went to the US to pursue his master and doctorate degrees in civil engineering at Colorado State University. After finishing his study in the USA, he continued his career in Jakarta.

In 2003, he served as the youngest Department of Residence and Infrastructure’s (Old name of Ministry of PUPR) Director General of Water Resources.

Later, the Minister said he served as the Ministry’s Head of Research and Development Agency (2005-2007) and the Ministry’s Director General of Spatial Management (2007-2013) until he accepted an appointment from President of the Republic of Indonesia Joko “Jokowi” Widodo to serve as Minister of Public Works and Public Housing.

On that occasion, Pak Bas also told the podcaster about his experience as a bureaucrat while handling disasters.

“The most memorable thing in addition to be the youngest director general was that I was appointed a team leader or was involved in team to handle disasters. A disaster must be handled with love. Besides competency and other skills. Love is also important. Once again, without love, we cannot handle it,” Pak Bas added.

According to Pak Bas, during his tenure as President’s Minister, he also spends his spare time playing drum as his hobby.

“Working hard, playing hard. Playing music in band, specialty drum. It not only a hobby, but also a sport,” he added.

On that occasion, Pak Bas also called on the younger generation to remain enthusiastic in reaching the success of career and life. (DND/TGH/FID/MAY/UN) (AP/EP)