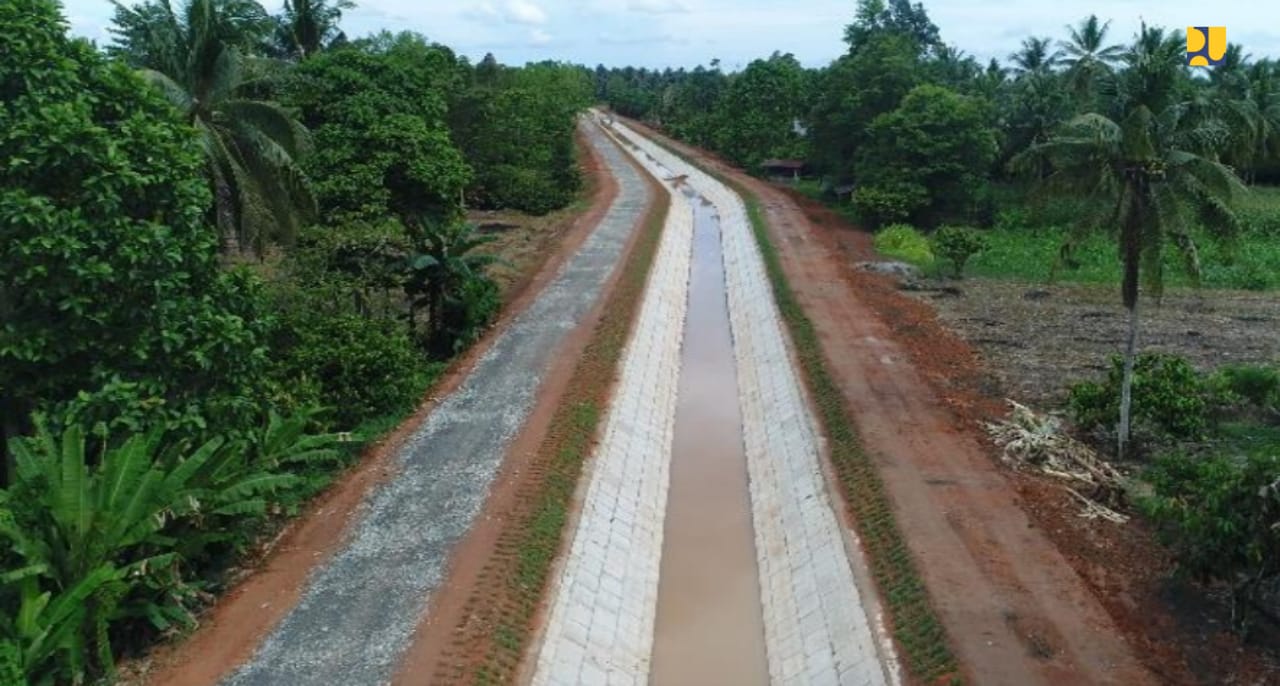 Based on Ministry of Public Works and Public Housing’s data, until Tuesday (18/8), Cash for Work (PKT) Program in the water resources sector  has absorbed 163,003 workers.

The program, so far, has absorbed 155,500 farmers, 6,483 members of  river care communities, and 1,020 other community members with the total distributed budget of Rp1.26 trillion.

According to Minister of Public Works and Public Housing Basuki Hadimuljono, the PKT program is implemented through infrastructure development involving local communities or residents as actors of development, especially for small-scale infrastructure or simple work that do not require technology.

“In addition to accelerating economic recovery and increasing people’s purchasing power, the PKT program also aims to distribute funds to villages/remote areas. The program implementation must also follow the physical & social distancing protocols to prevent the spread of COVID-19,” the Minister said.

In 2020, he added, the Ministry’s Directorate General of Water Resources has allocated Rp3.34 trillion for PKT program in the water resources sector at 14,618 locations involving 264,471 workers.

This program is also expected to reduce unemployment and maintain people’s purchasing power, which is in line with President Joko Widodo’s directives to allocate the budget for helping rural communities during the pandemic.

The PKT program will be implemented in all River Basin Area Centers (BBWS/BWS) which includes the Irrigation Improvement Acceleration Program (P3-TGAI) in 10,000 locations throughout 33 provinces with a budget of Rp2.25 billion.

For the record, the P3-TGAI is a program to develop an irrigation tertiary system from natural/land channels to become concrete lined channels involving farmers or local residents as actors of development so they can increase their income.

Working farmers will receive daily or weekly wages, so they will have a steady income especially during the period between planting and harvesting seasons. The P3-TGAI program has absorbed 96,348 workers from the target of 200,000 workers in 2,608 locations with a total of 106,732 beneficiaries.

Furthermore, the PKT program for river and beach maintenance operation was planned to be implemented in 751 locations with a target of 13,131 workers. The program has been implemented in 260 locations and absorbed 6,483 workers. Some of the work that have been carried out, such as gabion installation, embankment repair, and construction of coastal protection infrastructure for flood control.

The groundwater maintenance operation covers 2,124 locations and it was implemented in 857 locations with 462 workers. Some of the work that have been carried out, such as replacing pipes and valves, repairing pumps, and wall painting. In some areas with high drought risk, the groundwater maintenance operation is also implemented by constructing ground wells and networks for raw water supply. For example, in Central Java Province, this project is carried out in 5 locations in Brebes, Jepara and Blora Regencies.

The PKT program for Irrigation and Swamp Maintenance (OP) activities are targeted in 821 locations and will provide job opportunities for 22,491 people. Currently, the program realization has been implemented in 380 locations with 33,171 workers. There is also the construction of an Artificial Rainwater Storage Aquifer (ABSAH) in the PKT program, which is an independent raw water supply infrastructure with the working principle of storing rainwater in a reservoir filtered with artificial aquifer media (gravel, sand, red brick, limestone, palm fiber, and charcoal).

The ABSAH development will be prioritized in dry areas, water-scarce areas due to geological and climatic factors, small islands, and saltwater areas in 104 locations with 849 workers. The ABSAH program currently has been implemented in 81 locations and the construction progress has reached 71 percent. (BKP Kementerian PUPR/EN)