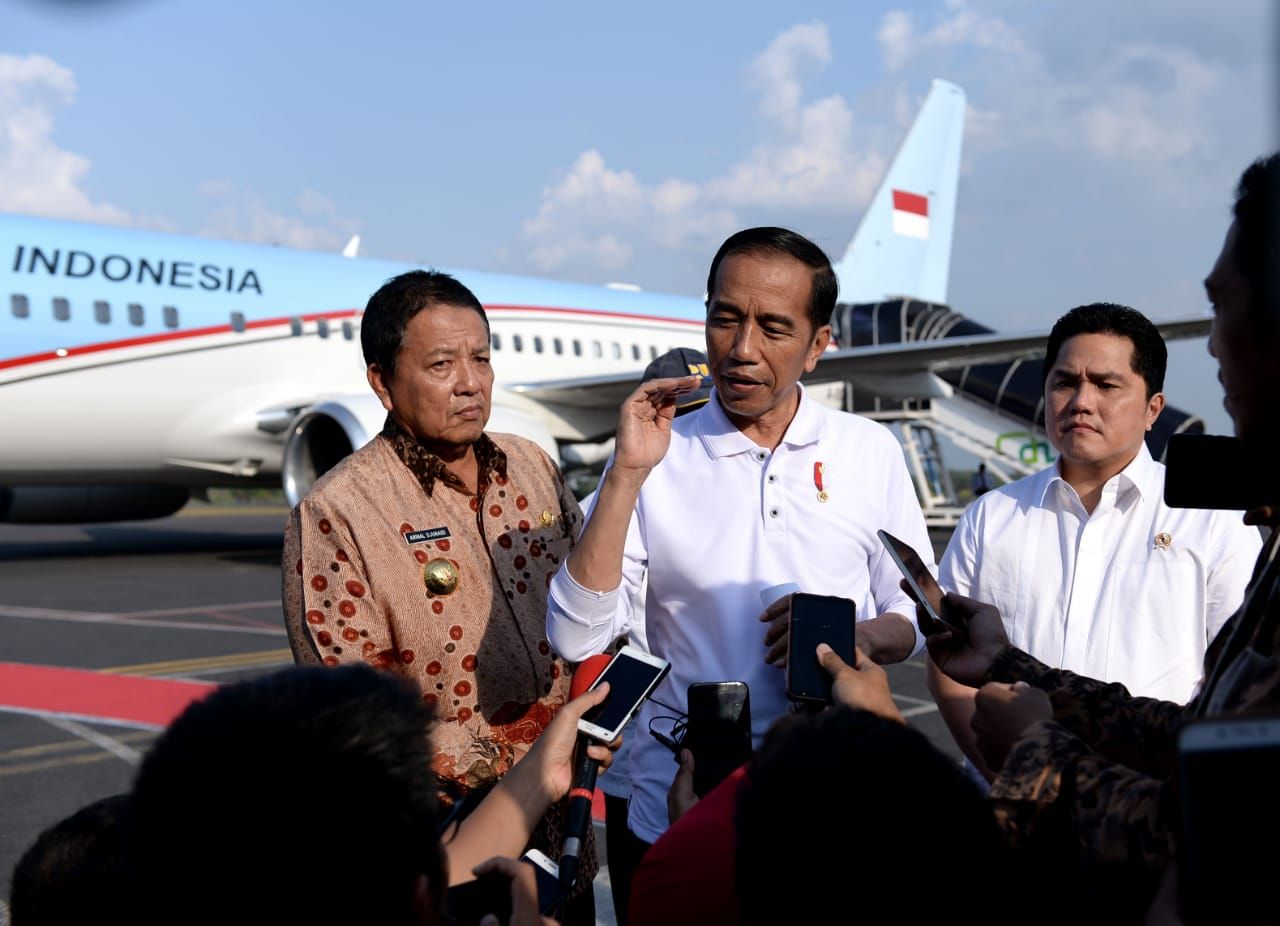 As many as nineteen buildings suffered from minor damage in the 7.1-magnitude quake that hit the eastern province of North Maluku on Thursday (14/11) at around 23:17 Central Indonesian Time (WITA), the National Disaster Management Agency (BNPB) has reported.

“Based on the last report I received, alhamdulillah no casualty was reported although two people were injured,” President Joko “Jokowi” Widodo told reporters in Lampung province, Friday (15/11).

The President also expressed relief that the quake-affected people could remain calmed and the authorities could implement better disaster management that resulted in the lower number of victims.

“This is what we need to continue to disseminate because we realize that our nation is located in the Ring of Fire,” he said.

For the record, those 19 damaged buildings include 15 houses, three churches, and a school building.

Houses that sustain minor damage from the quake are in the urban villages of Lelewi (nine houses), Mayau (five houses), and Bido (one house). The damaged churches are also located in each of those three urban villages. Additionally, a school building in Mayau also suffered from damage.

“The three urban villages are under the administration of Batang Dua sub-district located in a small island,” Head of BNPB Data, Information and Public Relations Center Agus Wibowo said in a press release, Friday (15/11). (TGH/OJI/ES)