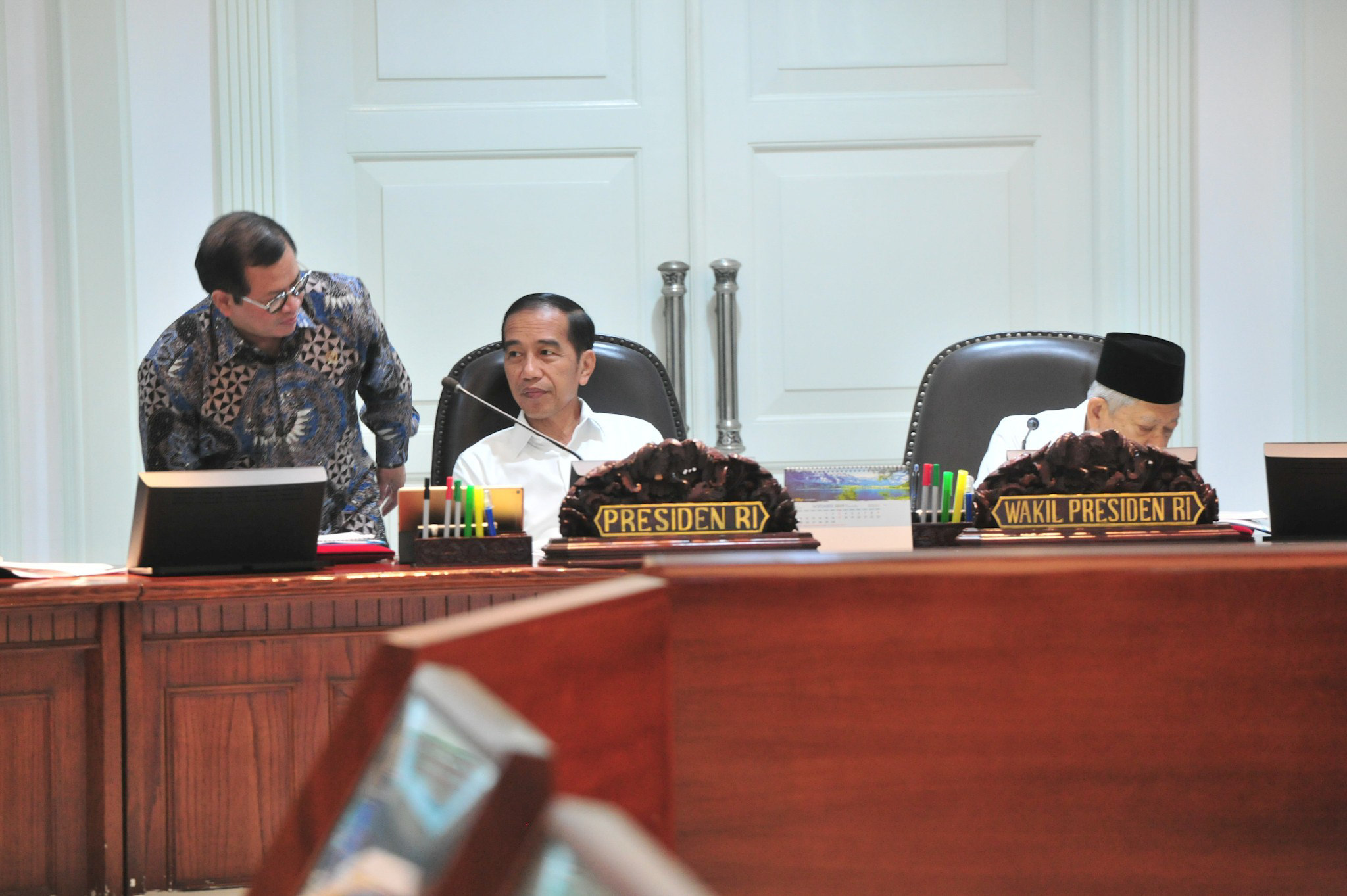 Reforms in the country’s education system are crucial to making the system more flexible and adaptive to the rapidly changing world, President Joko “Jokowi” Widodo has said.

“Rapid breakthrough is needed by using existing infrastructure and technological advancements so equitable access and quality of education can be enjoyed throughout the country, which covers 17,000 islands and 300,000 schools,” President Jokowi said during a limited cabinet meeting on Education and Scholarship Programs at the Presidential Office, Jakarta, Tuesday (12/11).

“Even though this is the authority of regional governments, I want a joint program between the Central Government and regional governments to accelerate (school) buildings renovation, whether they are heavily, moderately, or slightly damaged,” said the President.

“Do not let them (the students) drop out of school because they cannot afford to pay school fees,” he said. (FID/JAY/ES)