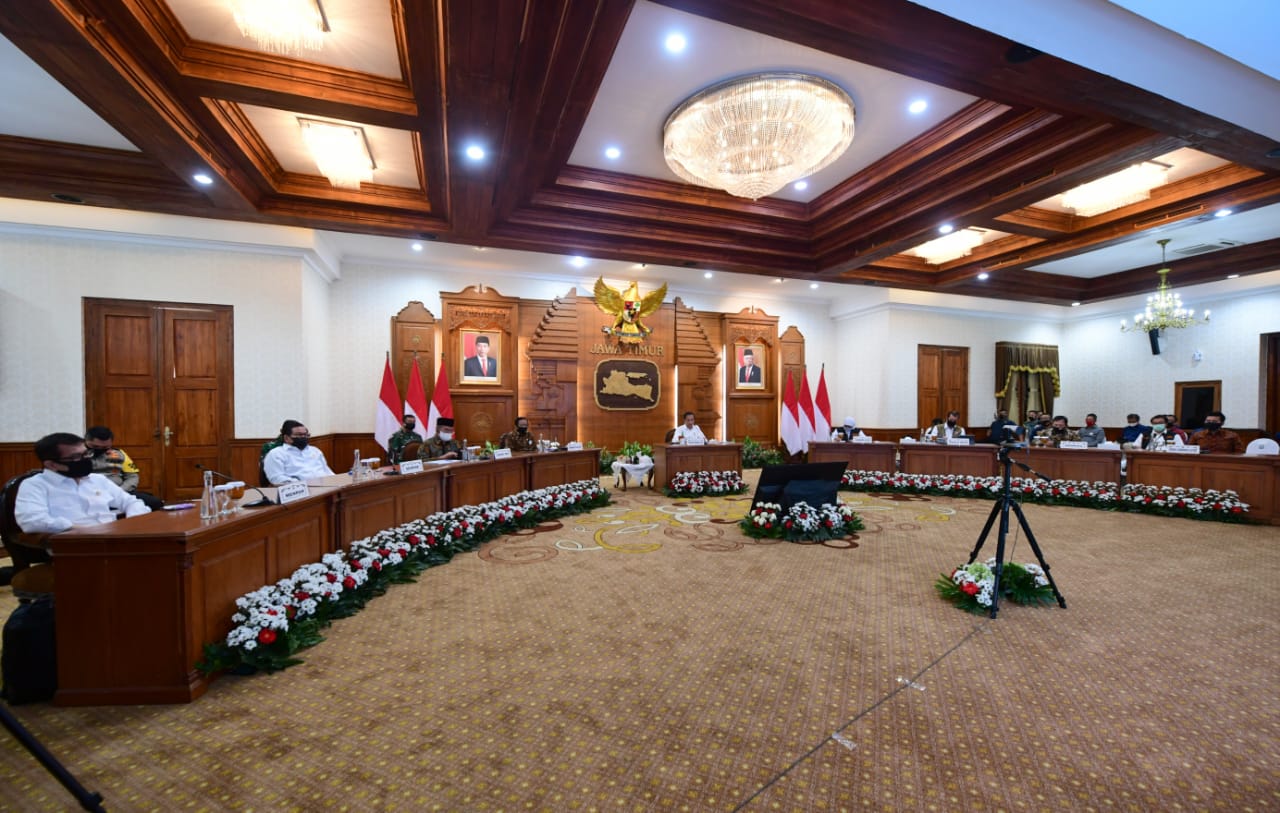 All the Governors, Regents, and Mayors should refer to scientific data and science-based inputs prior to COVID-19 policy-making, President Joko “Jokowi” Widodo has said.

“We do not make any policies without data analytics and scientific advice from the experts. It will be dangerous. We should ask for inputs from epidemiologists or university experts,” President Jokowi said in his directives on COVID-19 handling, at Negara Grahadi Building, Surabaya, East Java Province, Thursday (25/6).

Furthermore, the President ordered the Task Force to draw up Plan A, Plan B, and Plan C so that they would truly be on alert for any unexpected situations.

“Stay alarmed. I received information that the world has reached 10 million COVID-19 positive cases. We do not want to be dragged into the numbers. We should be prepared to deal with unexpected situations,” the President said.

The President went on to say that the Task Force needs to calculate any potential risks that may have arisen with much anticipation as well as prepare the emergency hospitals, human resources, bed capacity, and isolation beds.

“We should provide both emergency hospital and referral hospital for COVID-19 patients. I think that is all I can say in this good opportunity,” President Jokowi said.

On that occasion, the President stated that he will continue to monitor transmission data in East Java Province.

In the meantime, the President also expressed his appreciation to Mayor of Madiun since Madiun is considered at low risk of COVID-19 infection. The President also urged other regions to strengthen locally-based intervention strategy, especially in the villages, community units, or Islamic boarding schools.

“I think it will be easier to control if we use locally-based intervention strategy as previously stated by the mayor,” the President said.

On that occasion, the President ordered the regents and mayors to monitor the social aids on the ground.

“The Governors, Mayors, and Regents should ensure the disbursement of the social aid so that people who need it the most can receive the assistance immediately,” the President added.

On the economic stimulus, the President stated that the Regional Budget and Revenue (APBD) should also consider it.

The President also urged the East Java administrations to speed up the APBD expenditure in capital and goods expenditures in order to accelerate economic growth at the community level.

The President also expressed his appreciation to companies in producing Personal Protective Equipment (PPE) and face masks to fulfill the country’s demand.

This means, the President continued, that domestic entrepreneurs can quickly adjust to existing market needs.

“I have been informed yesterday that Indonesia is now capable of producing approximately 17 million PPE every month,” President Jokowi said.

According to the President, he has encouraged the country’s needs to be fulfilled by approximately 5 million PPE since last week and the rest of the PPE and facial masks can be exported.

“I want to visit Probolinggo, Kapanjen in the near future,” the President concluded.