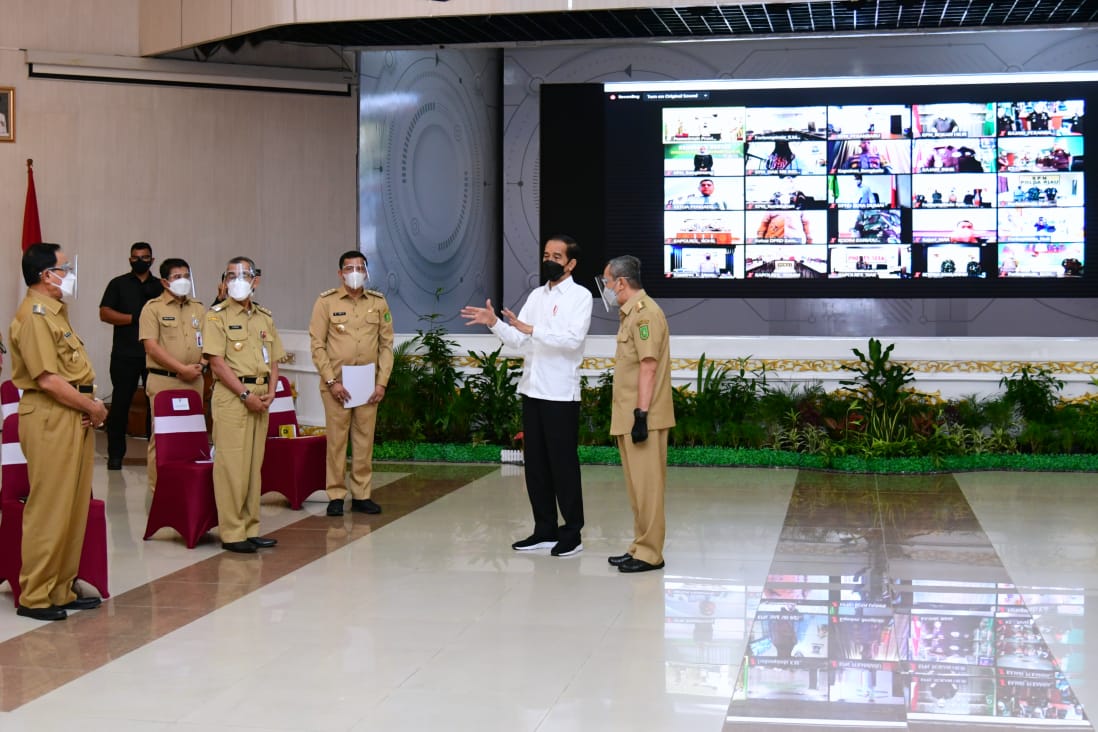 The increasing spread of the corona virus in Riau Province must be immediately suppressed so that it does not continue to rise, President Joko “Jokowi” Widodo has said.

“This morning I addressed several things about the spread of COVID-19 in Riau Province. I said that cities and regencies that have a high rate of positive case must immediately press the spread so that there are fewer cases,” said the President to Riau provincial leaders on Wednesday (19/5).

President Jokowi went on to say that the pandemic has not ended; thus, management of pandemic handling must be carried out properly.

One of the efforts that can be made to prevent the spread of the pandemic in each region is to increase the consolidation of various regional apparatus to impose micro-scale public activity restrictions (PPKM Mikro). The PPKM is implemented from the smallest unit in one area.

“We have units that are responsible including village heads, neighborhood unit (RT) and community unit (RW). Once there is a positive case in an area, do carry out isolation immediately or take it to the hospital when things get worse,” said the President.

The implementation of the PPKM Mikro quite succeeded in suppressing the spread of virus in a number of areas. However, the President warned not to be careless and lose vigilance and continue to join hands to deal with this pandemic.

On that occasion, the Head of State also reminded the importance of regional officials to always monitor the parameters of pandemic control for their respective regions. By doing so, local governments can immediately prepare tactical and measurable steps in suppressing the spread of cases in their areas.

Local governments are also required to respond to cases of pandemic transmission by conducting improved testing, tracing, and treatment as parts of efforts to deal with pandemics.

In addition, it is also important to always monitor the bed occupancy ratios (BOR) in each hospital in the area.

“Riau’s BOR ranks second after North Sumatra Province. North Sumatra is 55 percent, while Riau is 53 percent. To date, the BOR had fallen to 47 percent but it needs to be lowered again because the national BOR is at 29 percent,” said the President, adding that related parties must make effort to treat patients who are undergoing treatment in hospitals so that they can recover soon. (BPMI/UN) (EST/LW)