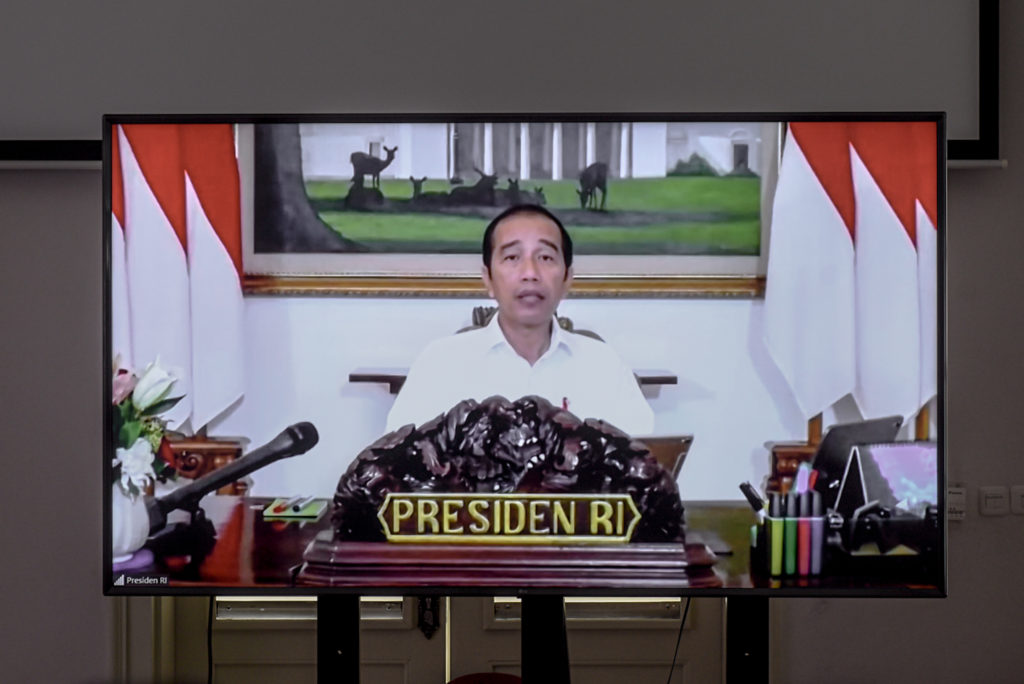 Amid the ongoing COVID-19 pandemic, President Joko “Jokowi” Widodo has called on his Cabinet to design anticipatory measures to fulfill the people’s basic needs.

During a limited meeting on Tuesday (28/4), the Head of State raised several points, including:

Everything must be well-calculated, he added.

“For that reason, food distribution between provinces, regions, and islands should not be disrupted,” he said, adding that he will continue following this issue as numerous goods distribution should have been disrupted due to large-scale social restrictions, especially those sent through airplanes.

“Since it is a hard time for airlines companies to only carry cargo without passengers, the calculation for distribution fee will be more complicated,” he said.

Third, related to rice supply management, the President pointed out that rice management is pivotal to mitigate food crisis that will occur in the next few months as predicted by the FAO.

For this reason, the President said he has ordered his Cabinet to carefully calculate rice supply in the markets, in the mills, in the warehouses, as well as in the National Logistics Agency (Bulog).

He also expressed hope that rice production can be increased during the peak of the harvest season to 5.62 million tons.

The President has also ordered the Bulog to continue buying grains from farmers at reasonable price and incentives.

“Do anticipate the possibility of a long drought this year. Although the Meteorology, Climatology, and Geophysics Agency (BMKG) has predicted that there will be no extreme weather, the Government should remain vigilant, especially against factors that may affect rice supply,” he explained.

Fourth, President Jokowi has also ordered his Ministers to ensure that the farmers can continue producing staple foods to maintain the nation’s food production.

One of the steps, he said, is by implementing health protocols and economic stimulus programs targeted for those farmers. (FID/EN)