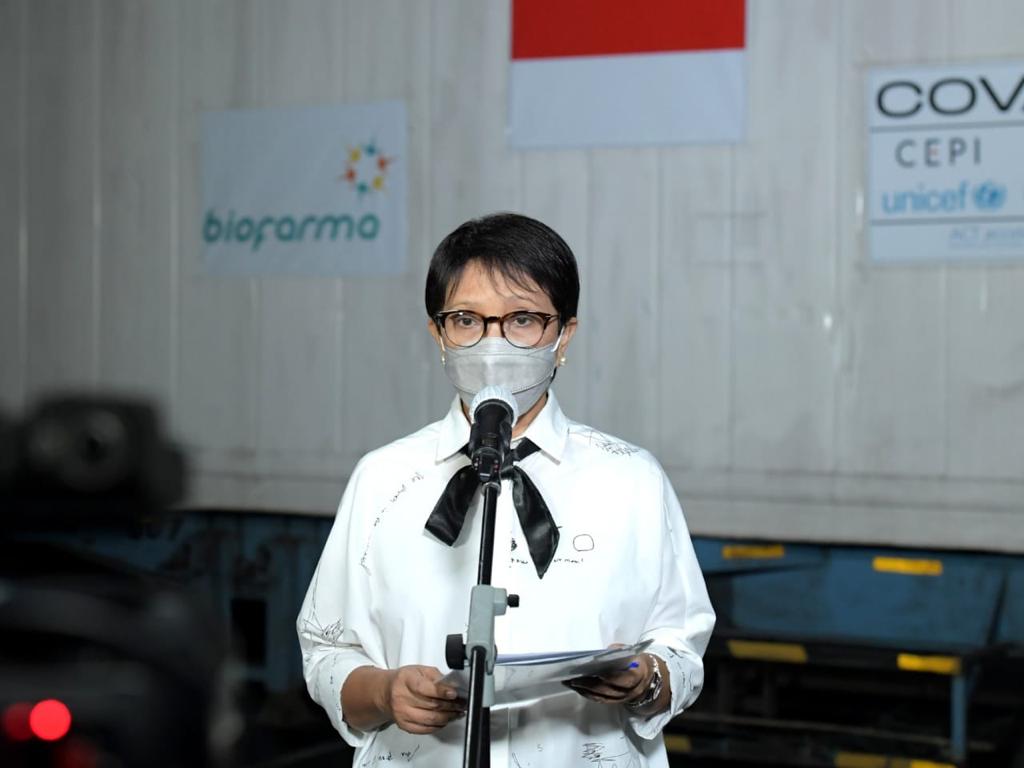 Indonesia received 3,852 million doses of the second batch of AstraZeneca vaccine on Monday (26/4).

Previously, as many as 1.1 million doses of AstraZeneca vaccine had been received by the country during the first batch of shipment from the COVAX Facility on 3 March 2021. With the arrival of this second batch, Indonesia has received a total of 4,965 million doses of the vaccine for free.

“If we combine vaccines from the multilateral route and from the bilateral route, so far the number of vaccines that have arrived in Indonesia is 67,465,600 doses,” the Minister continued.

She went on to explain that since the beginning of the pandemic until now, the Indonesian Government is striving for the availability of vaccines for domestic needs while continuing to fight for equal access to vaccines for all countries in the world.

For this reason, Indonesia is active in discussing world vaccine issues and is one of the co-chairs of the COVAX AMC (Advance Market Commitment) Engagement Group.

Retno expressed concern on the spread of a new wave in many countries and the discovery of new variants of corona virus in several countries.

“We also see that the world’s demand for vaccines is increasing while the vaccine delivery is starting to slowdown. This new situation requires the Indonesian Government to work harder so that the availability of vaccines for the Indonesian people can be fulfilled,” she explained.

The Government continues to strive so that the national vaccination program can continue by carrying out diplomacy so that domestic vaccine needs are fulfilled. With this effort,, Indonesia is by far the third country with the largest number of vaccinations in the Asian region after China and India.

“We must continue to pay close attention to the development of COVID-19 in the world. We have to learn from any incidents, especially from the emergence of new waves in a number of countries. We must work to prevent a similar incident from happening in Indonesia,” said the Minister.

Thus, she invited the public to continue to be disciplined in implementing health protocols.

“Do not ever let our guard down, the fight against COVID-19 is far from over. Therefore, it requires cooperation and unity among all of us to fight the virus by continuing to follow health protocols; wearing a mask, washing hands, and keeping a distance,” she emphasized.

In the meantime, on behalf of the Indonesian Government, Retno expressed gratitude to the GAVI (Vaccine Alliance), the WHO, the UNICEF, and the CEPI (Coalition for Epidemic Preparedness Innovations) for providing excellent cooperation so that the delivery of this multilateral vaccine can continue amid the new challenges that arise and hope that the next vaccine delivery can continue as planned.

“Indonesian diplomacy will continue to work hard so that Indonesia can quickly recover from this pandemic,” she said. (FID/AIT/TAR) (EST/MMB)