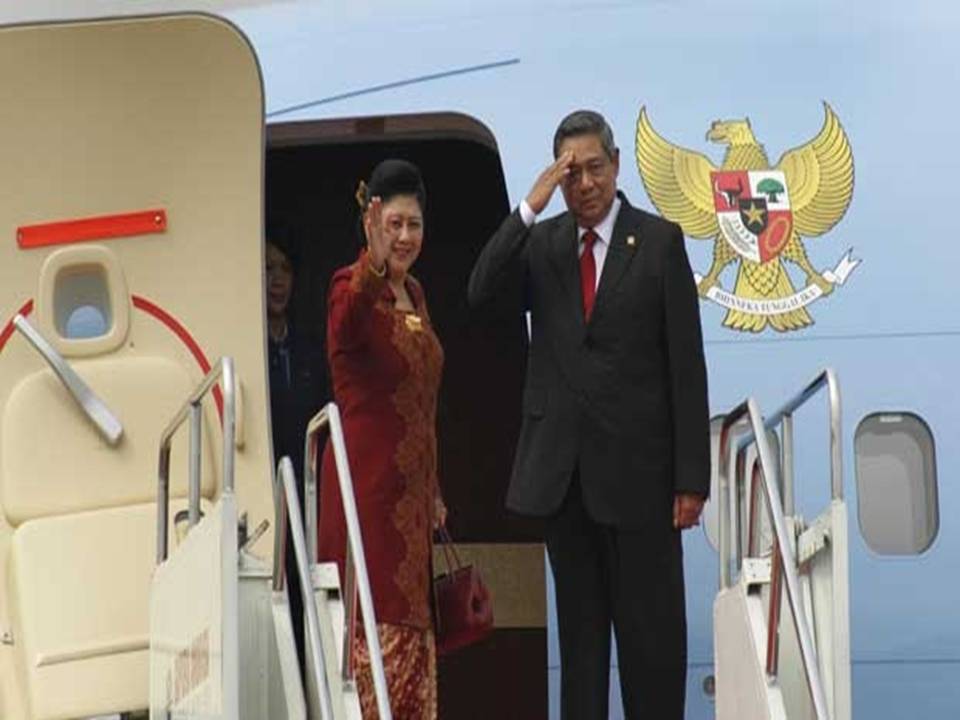 President Susilo Bambang Yudhoyono (SBY) accompanied by First Lady Hj. Ani Yudhoyono on Thursday until September 30, 2014, would have a trip to three countries which are Portugal, Japan, and USA.

According to Special Presidential Staff for International Relations Teuku Faizasyah, President SBY and the First Lady will start their state visit to Lisbon, Portugal, in September 18-20, in order to fulfill the invitation from President Portugal Anibal Cavaco Silva in last 2012.

During in Lisbon, President SBY would have a number of bilateral meetings such as the meeting with President Anibal Cavaco Silva; PM Portugal Pedro Passos Coelho, and Chief of Parliament of Portugal Maria Da Assuncao Andrade Esteves.

President SBY would also receive the key city of Lisbon City as the symbol of President RIs status as the guest of honor of Lisbon City, Faizasyah added.

Faizasyah continued that in the last 5 years, the bilateral trade between both created a surplus for Indonesia, with the biggest value in 2013 for US $115,72 million. In 2012, the trade volume of both countries was only US $108,9 million, then in 2011 was around US $171,26 million, as the result of saving program of Portugal Government in order to solve the financial crisis.

Faizasyah said that while they are in the USA, President SBY will visit two cities which are New York and Washington DC. While in Japan, President RI will visit Kyoto.

He mentioned that President RI will attend the meeting together with the other 100 country leaders from all over the world, which are the members of UN.

At this year UNs General Council Assembly, Indonesia would be focus on the development of Post MDGs and the formulation of next MDGS, as for the theme of this year will be, Delivering On and Implementation a Transformative Post-2015 Development Agenda.

The other issues are the recent hot issues of international world such as the situation in the Middle east area, situation in Ukraine, terrorism threats, and ISIS.

In addition, there will be UN Climate Summit themed National Action and Ambition Announcement on September 23, 2014, President RI will deliver his statement on Plenary 1 session. President RI will also be scheduled to give an opening speech in the High Level Meeting Open Government Partnership Event themed Citizen Action, Responsive Government, Faizasyah uttered.

The General Director of GGGI, Yvo de Boer, who visited Jakarta on September 9, 2014, delivered one of the considerations why President RI was nominated to be the leader of GGGI Council, it was because during he leads Indonesia President RI has combined economic development with the environment harmony.

According to Faizasyah, the construction of Dewi Saraswati Statue is the part of cooperation in cultural field between Indonesian Government with USA Government. He mentioned that the Dewi Saraswati (one of goddess in Indonesia) that symbolized knowledge and wisdom universally.

It will also be completed with 3 children statues of Caucasian, Afro-America, and Asian ethnics who sit there while reading books that describe multicultural and societies of both countries, Faizasyah explained.

Japan will be the closing country of the serial visit of President SBY. At Japan he would deliver the scientific oration of the awarding of Honorary Causal degree from Ritsumeikan University, Kyoto.

According to Faizasyah, the awarding will be granted because of the consideration that President RI has been succeeded in international field, particularly in maintaining and building and also establishing peace well whether in domestic or international.