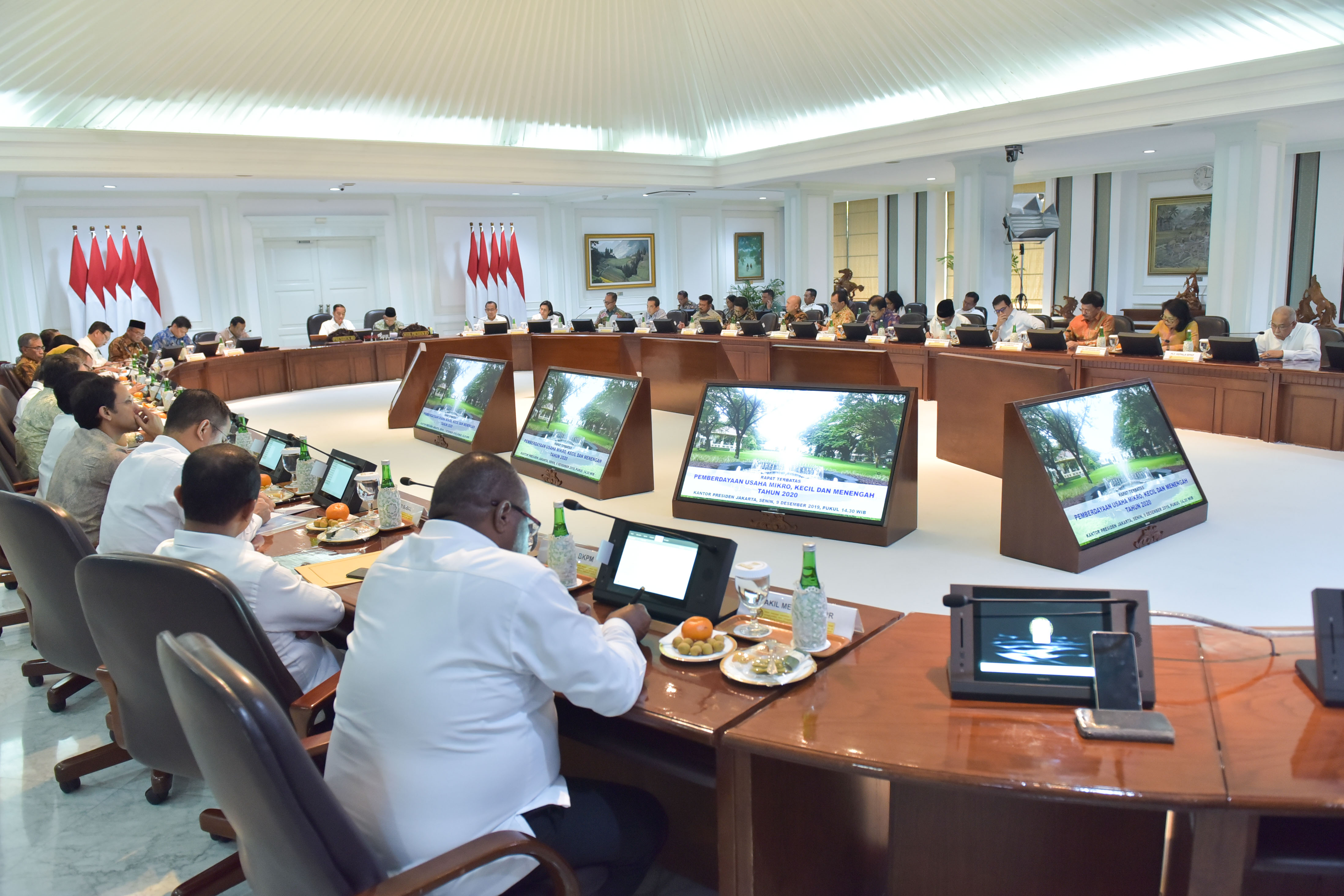 President Joko “Jokowi” Widodo has ordered his Cabinet Ministers to devise a scheme to involve Micro, Small, and Medium Enterprises (MSMEs) in, for example, procurement of goods and services by ministries, institutions, and SOEs.

President Jokowi also told his Cabinet to prioritize buying goods and services from MSMEs, as well as the National Public Procurement Agency (LKPP) with e-purchasing.

MSMEs products that meet the requirements must also be included in the e-catalog, he added

“This is also important. Do not only put in the big businesses (but also) put in the small business. I remember that hoe made in Indonesia which is put in the e-catalog was twice as cheap as the import one. If people don’t buy it from here, it’s too much,” President Jokowi stated during a limited meeting on Empowerment of 2020 Micro, Small and Medium Enterprises, at the Presidential Office, Jakarta, Monday (9/12).

MSMEs, the President added, must also be involved in filling the supply chain of Domestic Component Level (TKDN) production in construction, automotive, and telecommunications sectors.

“Involve these small businesses. MSMEs’ products must also be prepared and be provided (distribution) space in the five new tourist destinations. Prepare them from now on. So, once the goods are already made available, they are for distribution,” the President said.

President Jokowi also told Minister of Public Works and Public Housing and Minister of Transportation to fill economic centers in the new infrastructure area, such as toll road rest areas with local brands.

“We must begin to shift (“those brands”) with local products. We have great local chicken restaurants and coffee shops now,” the President said, adding that a commitment must be established to showcase local brands on the rest areas. (TGH/SM/RAH/ES)