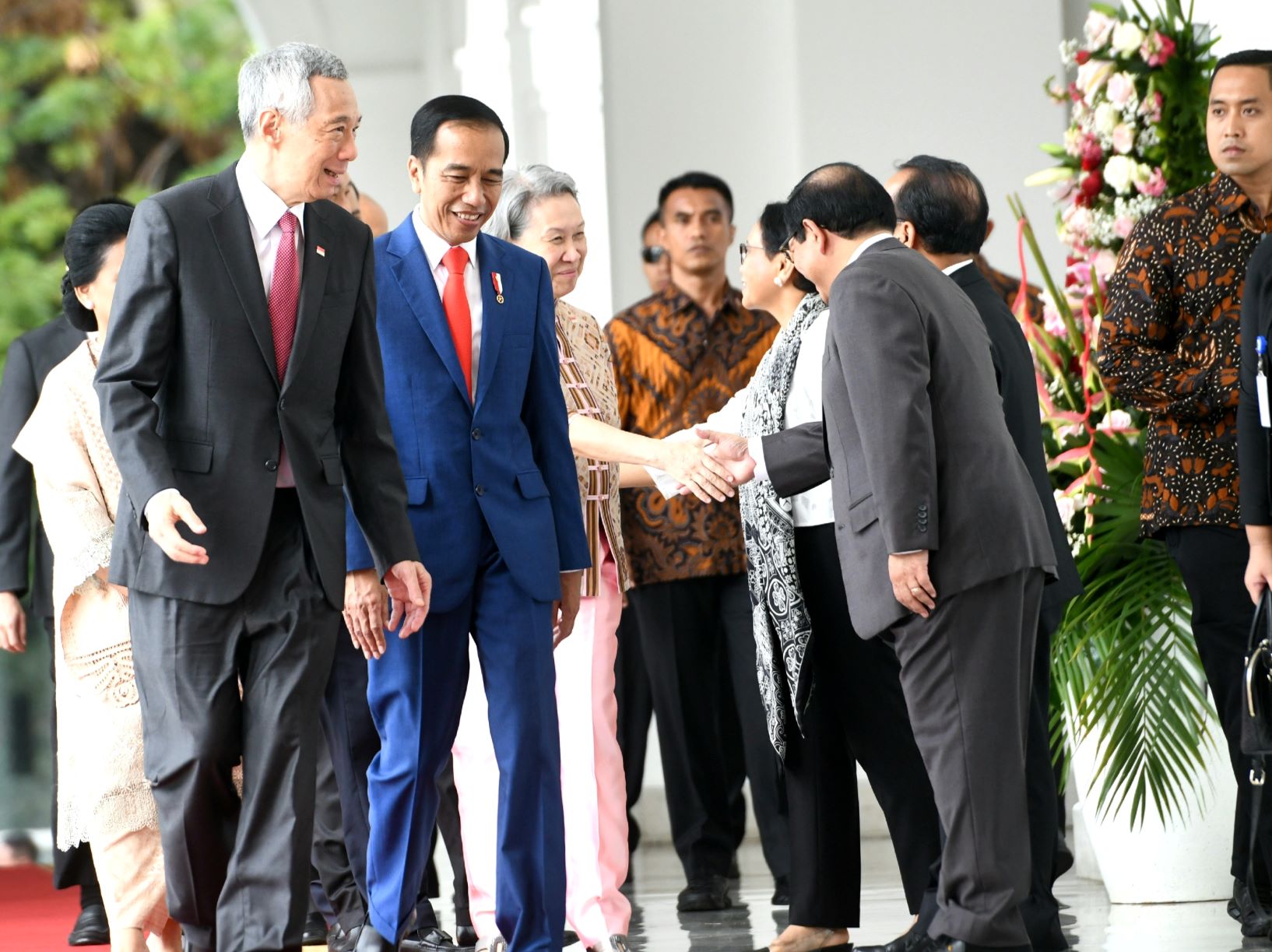 On that occasion, President Jokowi and the First Lady welcomed Singaporean PM and his spouse before engaging in a light conversation. They then headed to the Credentials Room of the Merdeka Palace to take a group photo.

After Singaporean PM filled in the guest book, the two leaders walked to the Jepara Room in Merdeka Palace, Jakarta.

After the two leaders shaking hands, President Jokowi and the First Lady accompanied Cambodian PM Hun Sen filling in the guest book before heading to Jepara Room for a 10-minute meeting.