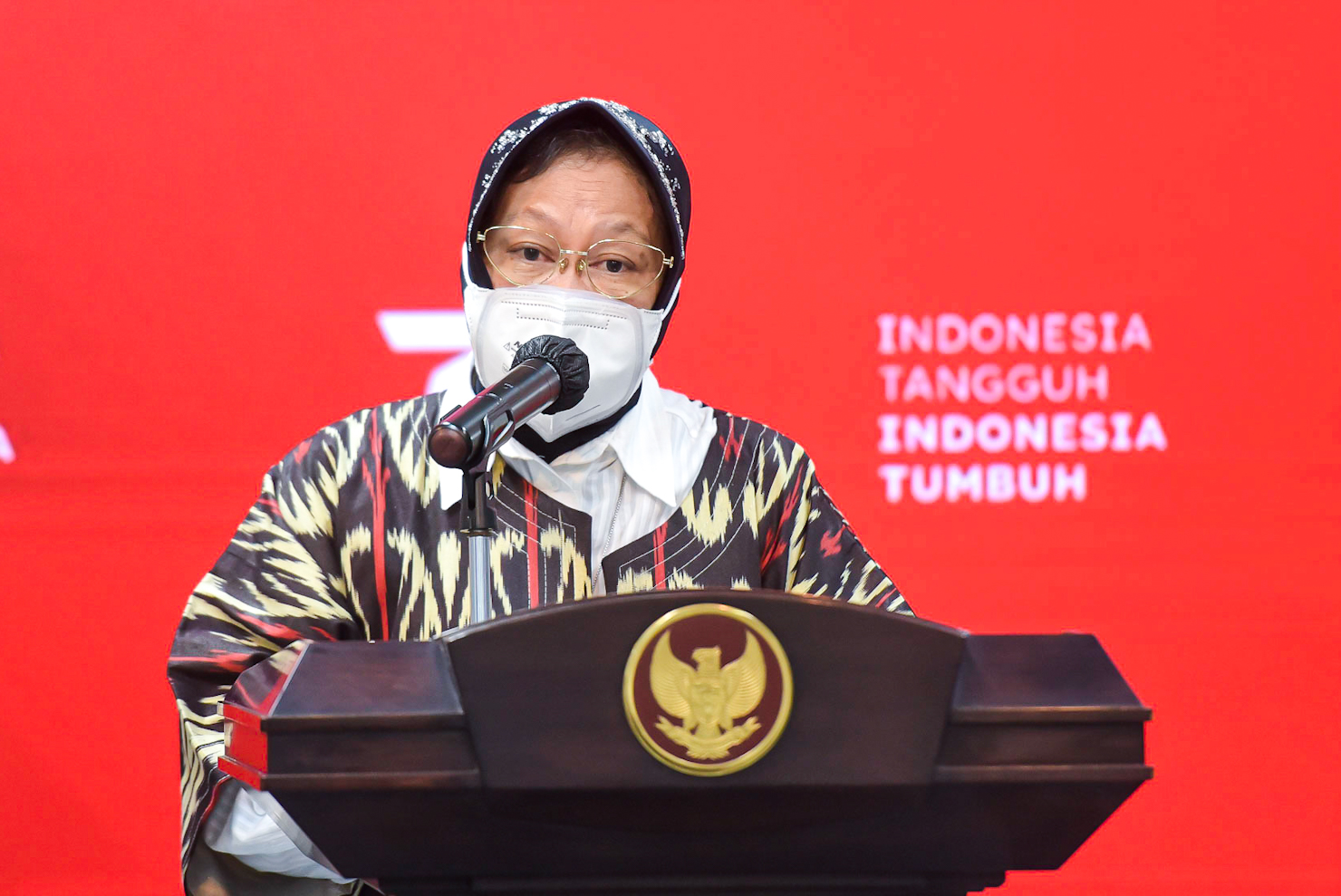 Minister of Social Affairs Tri Rismaharini delivers a press statement, Monday (26/7) at the Presidential Office in Jakarta. (Photo by PR of Cabinet Secretariat/Agung)

Following the implementation of public activity restriction (PPKM) to curb the spread of COVID-19, the Government continues to speed up distribution of social assistance to the people.

According to Risma, within the the targeted six months, the Government has distributed BST amounting to Rp300,000 per month for each beneficiary from January to April this year, while the BST for May and June 2021 will be distributed this month.

In the meantime, BPNT and PKH will be distributed at the same time, the Minister said, adding that most beneficiaries of PKH are also beneficiaries of BPNT and the Government has increased BPNT allocation by extending the program period for two months until August.

“(The beneficiaries) would only receive (the assistance) for 12 months, but then it was extended for two more months, so two times Rp200,000 times 18.8 million beneficiaries,” she said, adding that the amount of PKH received by beneficiaries is adjusted to the composition of the family.

“If they have children who are in elementary school, junior high school, and high school, they can receive five or four types of assistance, depending on the family. Therefore, the total (number of beneficiaries) assisted by the Government with the PKH is around 33 million (people), so not only 10 million family beneficiaries because it concerns the individuals,” she said.

Furthermore, to ease the economic impact from PPKM, the Minister stated that the Government also provides additional rice assistance of 10 kilograms for each PKH and BST family beneficiary.

The Minister further said that the Government will also provide assistance to 5.9 million family beneficiaries as proposed by regional governments.

“As for the 5.9 million (beneficiaries), we have also proposed to Ministry of Finance to provide assistance of Rp200,000 per month. It will be given from July to December,” she remarked. (FID/AIT/UN) (DH/EP)