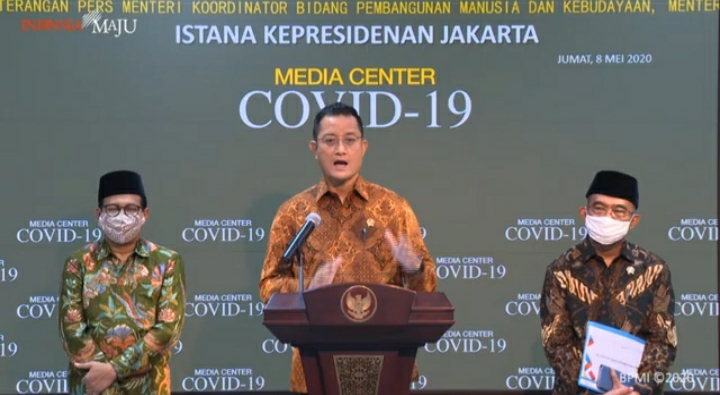 Minister of Social Affairs in a press release on Friday (8/5).

The Government through Ministry of Social Affairs distributes two social assistance programs under social safety net program to the public.

The social assistance programs consist of assistance which is provided regularly to the public such as the Aspiring Family Program (PKH), and Non-cash Food Assistance (BPNT), and food packages that are provided particularly for people affected by COVID-19 pandemic.

“First, the President in March has instructed to increase the number of beneficiaries of the PKH to 10 million households which the cash assistance can be disbursed each month. Previously, the PKH can only be disbursed once in three months, but it has been changed to each month since March to anticipate the impact of COVID-19 (to the economy),” Ministry of Social Affairs Juliari P Batubara said in a press release on Friday (8/5).

Another regular social assistance program is Non-cash Food Assistance (BPNT) namely the Staple Food Card which the beneficiaries will be increased from 15.2 million to 20 million households. The balance contained in that card also increased from Rp150,000 to Rp200,000 per month.

Second, regarding food packages that are provided only for people affected by COVID-19 pandemic, it will be distributed to the people in Greater Jakarta area including Jakarta, the cities of Bekasi, Depok, South Tangerang, Tangerang, and some parts of Bogor Regency.

The Minister went on to say that first phase of distribution in Jakarta has finished, and today the distribution to 600,000 households in Bogor, Depok, Tangerang, and Bekasi will commence under the same distribution system, namely twice a month for three months.

In addition, those have not received any social assistance program are eligible for Cash Transfer Assistance worth Rp600,000 per months for three months.

Approximately 9 million households affected by the pandemic will receive the cash assistance. The data about prospective beneficiaries will be collected by the regional government at regency level by referring to the Integrated Data of Social Welfare (DTKS).

“We hope regional governments at regency and city levels provide us with accurate data so that the cash assistance can be distributed to the right target through banks member of the Association of State-owned Banks (Himbara) and State-owned Postal Company PT Pos Indonesia.

“Out of 9 million of beneficiaries targeted for the assistance, we have only received data of 7.8 million households since some regions have not sent the data of prospective beneficiaries. We called on the regions to send the data immediately so that the third phase of the distribution of cash transfer assistance and staple food assistance can be finished before Eid 2020,” he explained. (FID/EN)