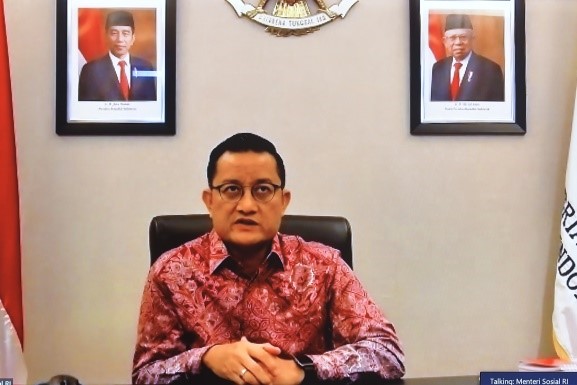 President Joko “Jokowi” Widodo, on Tuesday (13/10), chaired a limited meeting on the anticipation of hydrometeorological disasters as a result of the La Nina phenomenon in the Pacific region.

The President, according to Minister of Social Affairs Juliari P. Batubara, instructed related Ministries/Agencies to prepare steps to anticipate the possible disaster.

“These disaster-prone areas can rely on their communities at the time of disaster as well as during disaster mitigation phase,” he said.

The Ministry is also preparing for logistics and equipment, both in the form of food and basic equipment needed during a disaster. “We have three warehouses as well as several provincial warehouses in cooperation with the regional governments,” Juliari said, adding that the Government is committed to ensuring the disaster preparedness.

“The President instructed the Ministry to immediately distribute basic necessities needed by disaster-affected communities during a disaster emergency,” he said.

Regarding refugee handling during the COVID-19 pandemic, the Ministry is committed to preparing locations and handling strategies to prevent new clusters, such as limiting people in a tent, preparing masks and personal protective equipment.

“It is also possible to cooperate with Ministry of Health regarding, for example, testing, be it rapid or PCR test, in the locations of the refugees,” he said. (FID/TGH/UN)