SOEs Must Continue to Transform Despite Pandemic, President Jokowi Says 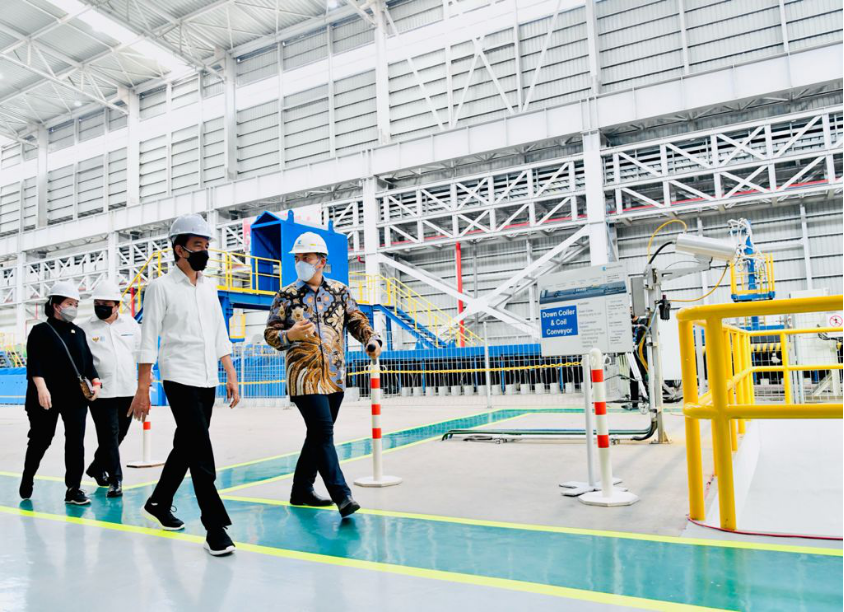 The transformation of state-owned enterprises (SOEs) must continue despite COVID-19 pandemic, according to President Joko “Jokowi” Widodo.

“The transformation is a must for state-owned enterprises so they can emerge as world-class state-owned enterprises that are more professional, competitive, and profitable in providing better public services and creating more jobs in our country, as well as in contributing more revenues to the state,” President Jokowi said during the inauguration of the Hot Strip Mill Factory #2 owned by state-owned steelmaker PT Krakatau Steel on Tuesday (21/09).

The Head of State also said that he continues to pay more attention to the transformation and restructuration done by PT Krakatau Steel.

“PT Krakatau Steel is now in a better condition. The company’s production is also getting better. This steel industry is a strategic industry. Therefore, I would like to pay great attention to this industry,” the President added.

According to the President, PT Krakatau Steel’s steel products are needed for domestic use, adding that, since the past five years demands for steel n Indonesia have increased by 40 percent following infrastructure development and other industrial needs, especially automotive industry.

Echoing a similar sentiment, Minister of State-Owned Enterprises Erick Thohir stressed that his Ministry will continue to transform and restructure state-owned enterprises so that they can generate greater contribution to the state.

In order to smooth the transformation, the Government, he added, has also established the holdings and sub-holdings of the state-owned enterprises as well as strategic industrial clusters.

For the record, in 2020 state-owned enterprises recorded a profit of Rp375 trillion.

In addition to the restructuring of PT Krakatau Steel, Erick also pointed out that the company has done two of three stages that must be accomplished, adding that the company performance has shown an improvement and contributed Rp800 billion to the state.

“With this achievement, I have told the management of PT Krakatau Steel that there’s no room for complacency because the important thing is how we maintain the company’s performance,” Erick added.

In the meantime, President Director of PT Krakatau Steel Silmy Karim expressed belief that cluster with ten million tons of steels, as President Jokowi has been set, can be realized considering that in 2022 PT Krakatau Steel and South Korean steelmaker company POSCO will make new investment to produce the derivative products of Hot Rolled Coil (HRC) amounting to US$ 700 million and to create more steel production product facilities at the upstream level amounting to US$ 3 billion. (TGH/UN) (AP/EP)