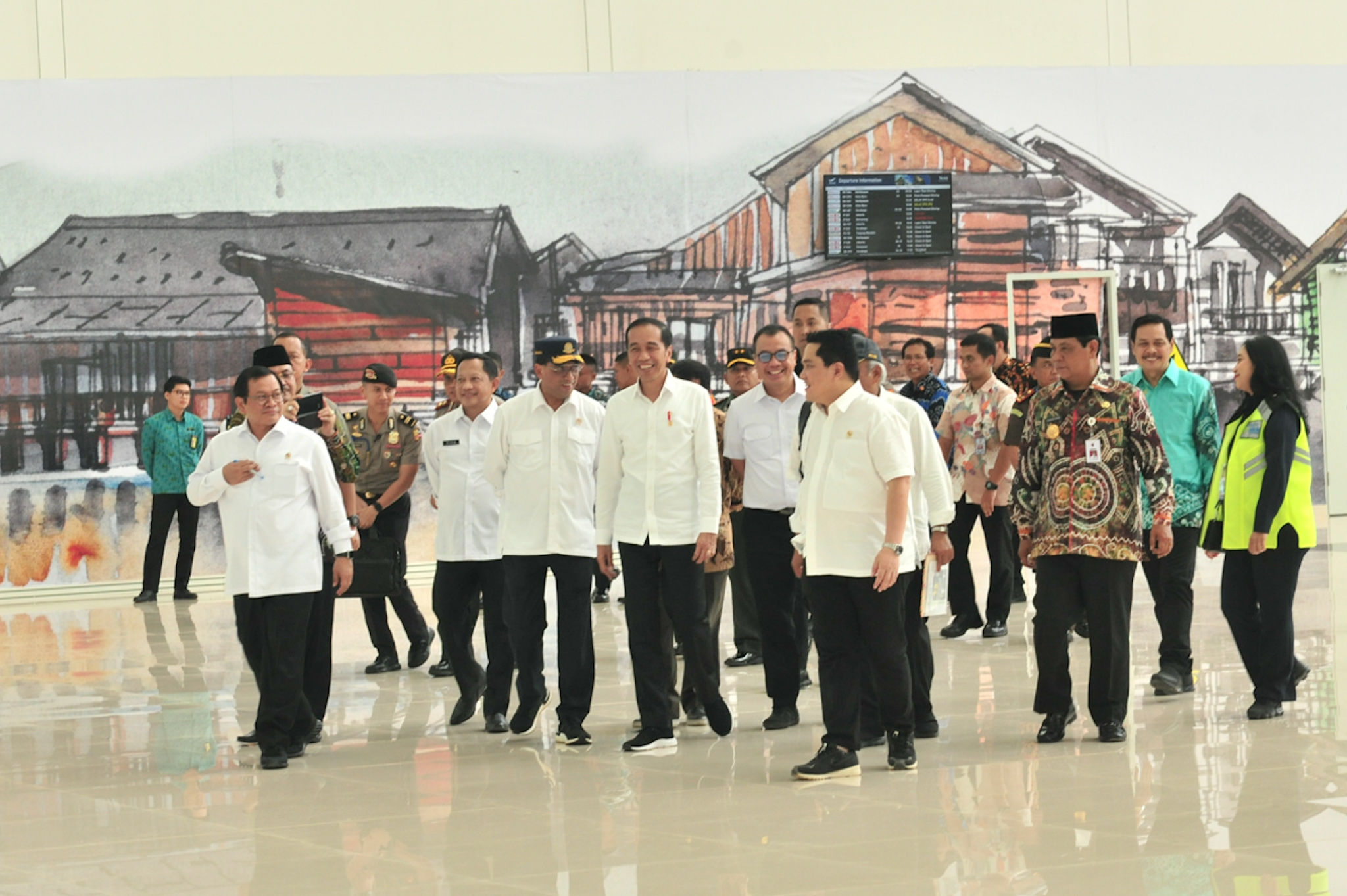 The Governor of South Kalimantan Sahbirin Noor praised the Central Government for Syamsudin Noor International Airport overhaul. The new terminal of the airport was inaugurated by President Joko “Jokowi” Widodo on Wednesday (18/12).

“Today I want to express my gratitude to the Central Government of the Republic of Indonesia,” the governor said in his remarks during the inauguration ceremony.

Sahbirin said that he has submitted the proposal for the airport overhaul to the President and had only three meetings with the President to discuss the matter.

The first meeting, Sahbirin added, was during a Bank Indonesia meeting. That was the first time he delivered the request for an international airport in South Kalimantan. “The President approved the proposal and asked Minister of Transportation to follow up the plan,” Sahbirin said.

The second meeting was at the State Palace. He reiterated his proposal on the airport and the President said that the matter will be discussed during their next meeting in Solo.

“Finally, I met him in Solo, thank God, the next day Minister of Transportation visited the airport and then the project started,” the Governor said.

Sahbirin went on to say that the inauguration of the new terminal marks “a historical moment” for South Kalimantan Province, adding that the residents of the Province are happy with the airport.

In the meantime, Minister of Transportation Budi Karya Sumadi reports that the construction of the new terminal is conducted on a ​​257-hectare area and was supported by Minister of State-Owned Enterprises and PT Angkasa Pura I.

Budi added that Ministry of SOEs through Angkasa Pura I provided funds of Rp.2.2 trillion to rebuild the airport. He further said that the airport overhaul has expanded the airport eightfold and increased the capacity from 1.3 to almost 8 million passengers. (FID/JAY/ES)